Somaya Critchlow’s canvases and sketchbooks log an ongoing process of world building. The artist fashions these realms by drawing upon her expansive knowledge of picture-making traditions ranging from the Renaissance to the Rococo. In charting the ever-expanding dimensions of this female dominated universe, Critchlow casually disarms the distinctions that inform concepts of high and low culture by uncovering the ways in which class and racial difference are routinely conflated. The voluptuous, self-possessed women who explore Critchlow’s fantasy landscapes and pensively occupy domestic interiors or otherwise blank pages owe as much to the aesthetics of Love and Hip Hop as they do to Peter Paul Rubens, and thus prompt the viewer to consider the disparate ways in which we esteem these forms of culture—and the women they feature.

Critchlow’s women are endowed by their creator with a redoubling power that echoes across different media: figures that emerge against the fresh page of a sketchbook as a network of willowy, animated lines or in the simple miniatures of the artist’s early work reappear in later, more technically ambitious paintings, unflinchingly meeting the viewer’s gaze. The rich strata of thinned oils that make up these recent canvases are evocative of the liquid dark of Velázquez but also of the somber meditations on desire and mortality found in Dutch still life traditions, which are echoed in the insect-bedeviled fruits and hazy mirrors that have of late joined Critchlow’s cast of characters. Well-versed in the seductive language of painting, Critchlow indulges viewers’ automatic equivocation of the female nude with endlessly available pleasure, while simultaneously breaking with the genre’s traditions to thwart these attempts at possession.

Somaya Critchlow (b. 1993, London) lives and works in London. She obtained her BA in Painting at the University of Brighton before joining The Royal Drawing School in London, where she earned a Postgraduate Diploma in 2017.  Her solo shows include Blow-Up at Galerie Gregor Staiger, Zürich (2021), Underneath a Bebop Moon at Maximillian William, London (2020) and Sincere for Synonym at Fortnight Institute, New York (2019). Two person and group shows featuring her work include Mixing It Up: Painting Today, Hayward Gallery, London (2021); Get Lifted! Organised by Hilton Als, Karma, New York (2021); Ellen Berkenblit / Somaya Critchlow, Grice Bench, Los Angeles (2021); (Nothing But) Flowers at Karma, New York (2020); and Role Play at Maximillian William, London (2019). Critchlow’s work is featured in collections including the Baltimore Museum of Art; RISD Museum, Providence; Hammer Museum, Los Angeles; ICA Miami and the Sainsbury Centre for Visual Art, Norwich. 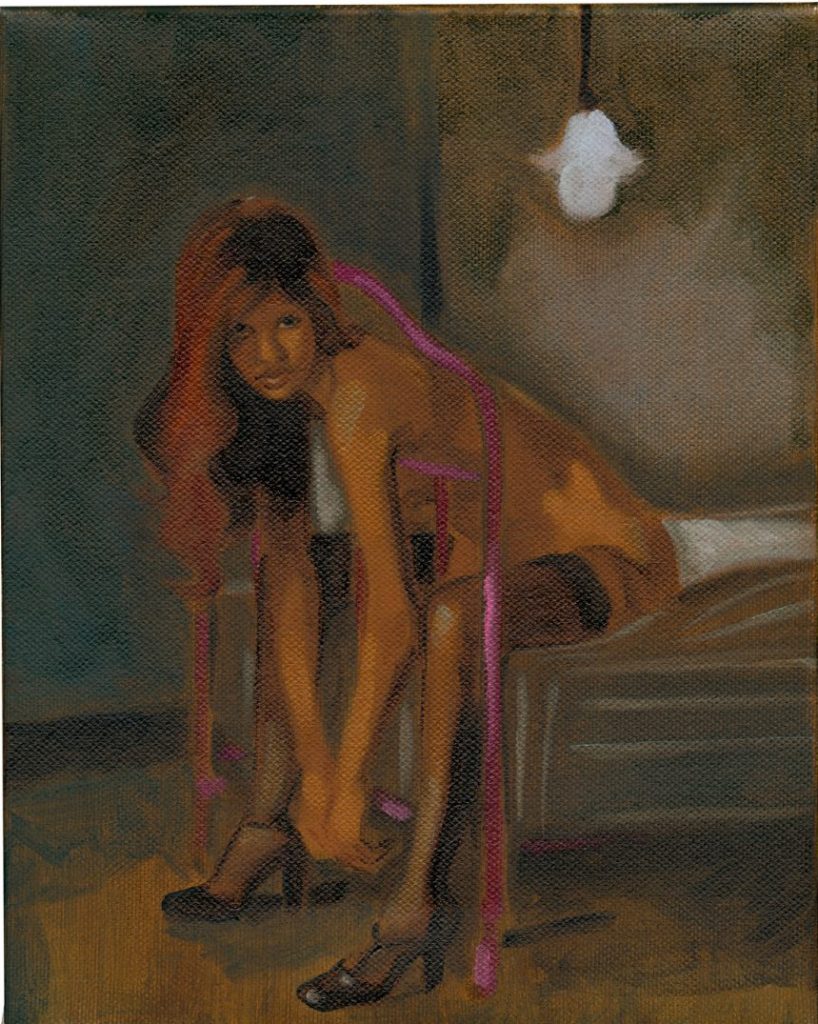 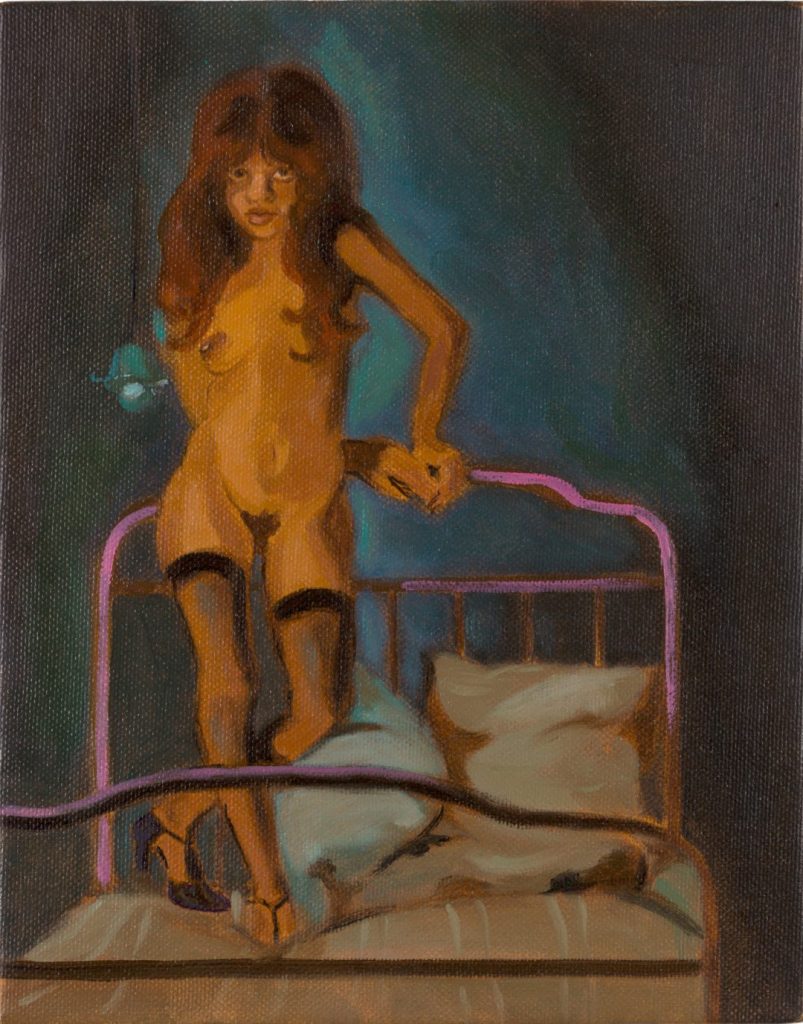 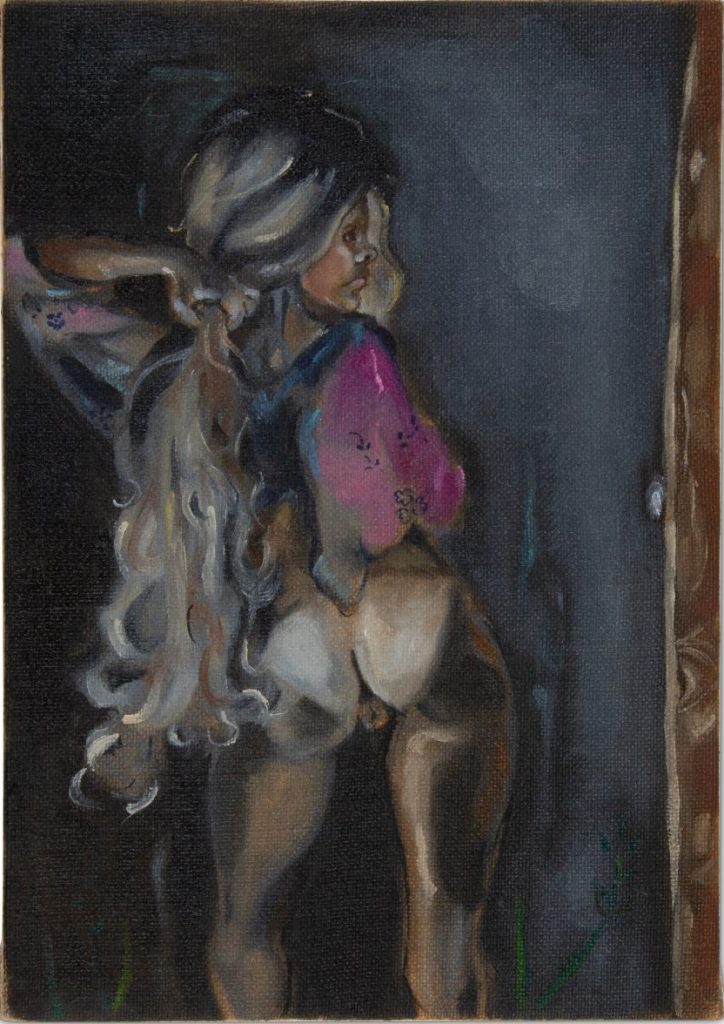 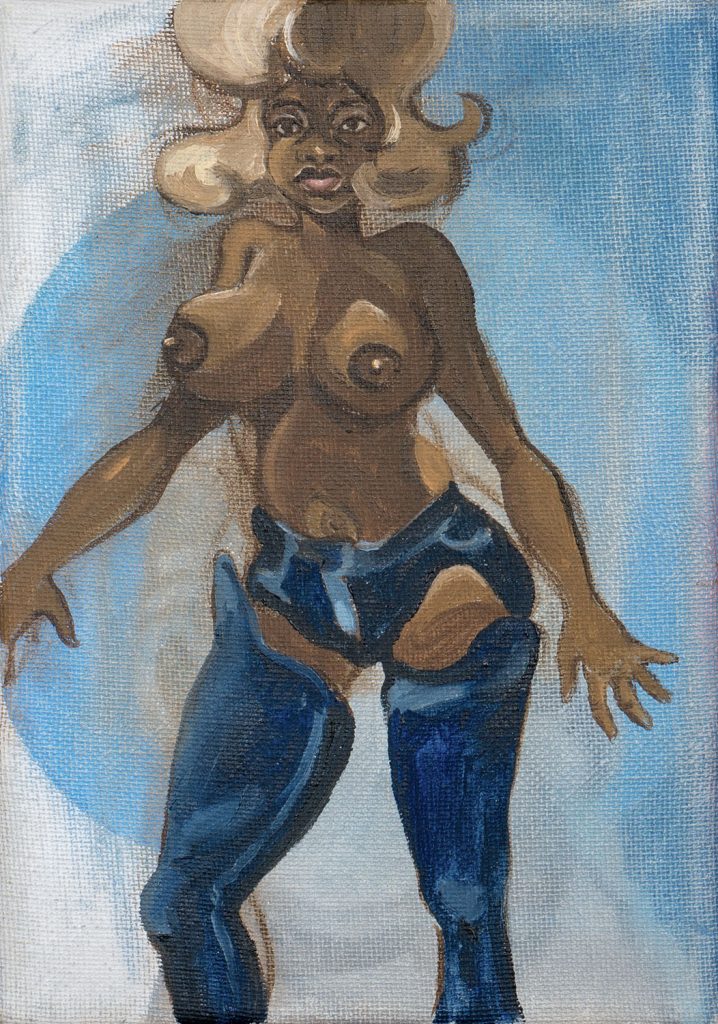 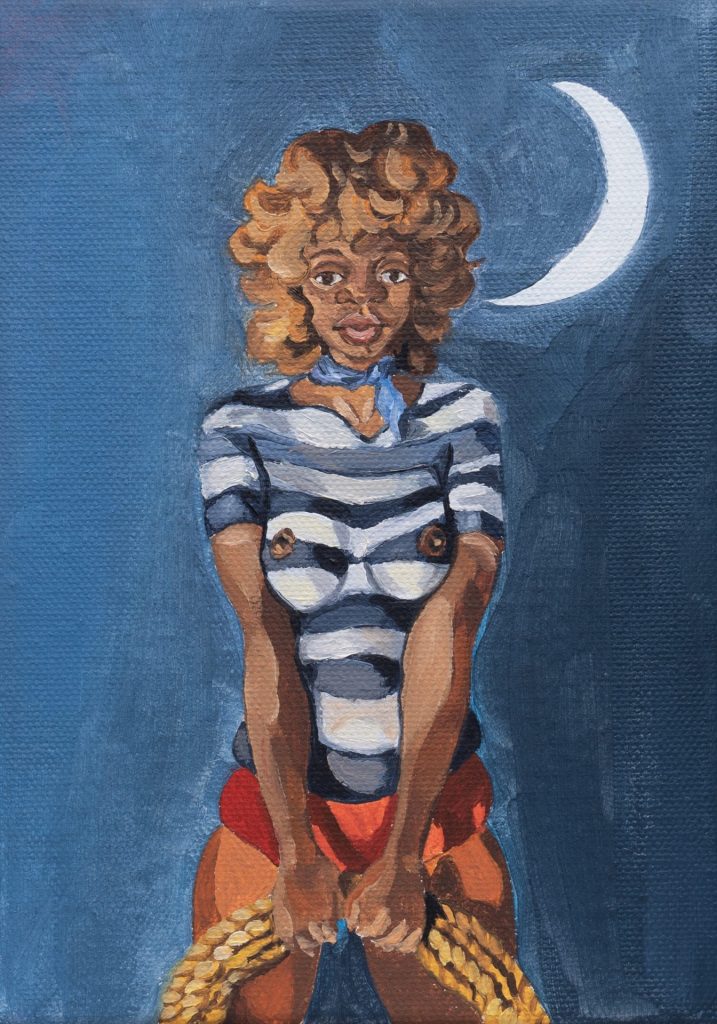 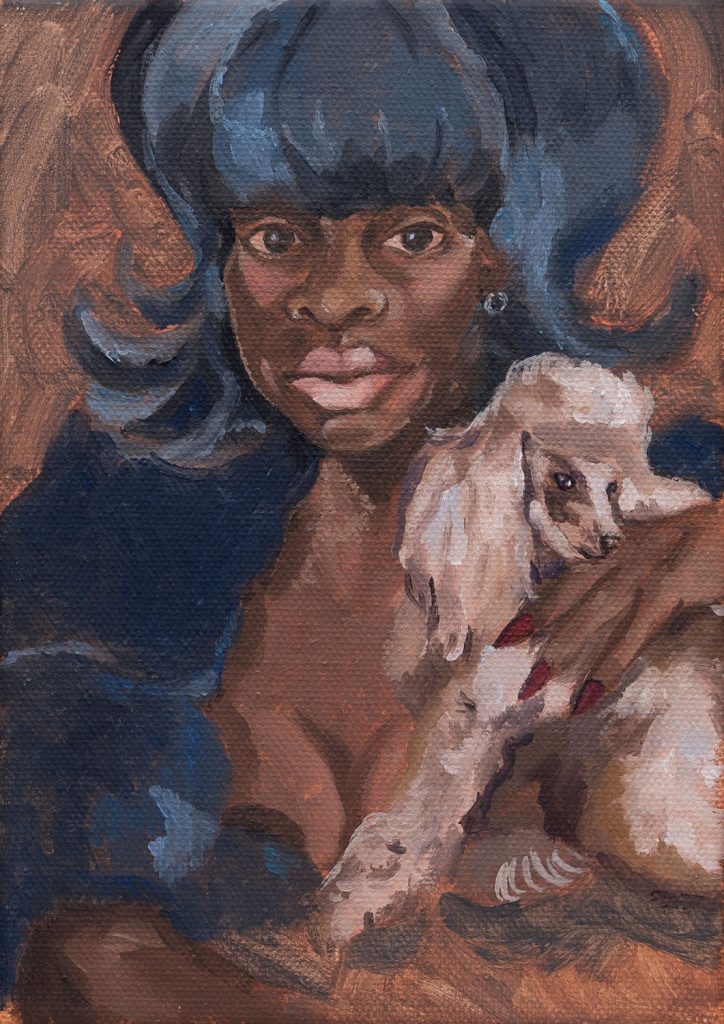 ‘Painting Herself Into the Canon’ by Kin Woo

‘Five Artists to Check Out This Year’

‘Mixing It Up: Painting Today’ – Review’ by David Trigg

‘Mixing It Up: Painting Today’ reviewed by Waldemar Januszczak

‘Mixing It Up: Painting Today’ reviewed by Adrian Searle

‘Mixing It Up: Painting Today’ 5* review by Eddy Frankel

Objects and Figures. Part I by James Ambrose

Congratulations to Somaya Critchlow who has been selected as one of the 2021 Dazed 100! Dazed 100 is a global…

Somaya Critchlow featured in Postscript, No.4 – The Reverie Issue

Somaya Critchlow and the Erotics of Projection

With Kitsch and Eroticism, Somaya Critchlow Confronts the Politics of the Black Nude

Somaya Critchlow’s “Underneath a Bebop Moon” at Maximillian William, London

These Emerging Black Artists Are the Future of Figurative Painting

Goings on About Town

Somaya Critchlow explores Walter Sickert’s reframing of the nude in the latest issue of Tate Etc., in anticipation of their…

‘Painting Herself Into the Canon’ by Kin Woo

‘Five Artists to Check Out This Year’