UNDERNEATH A BEBOP MOON 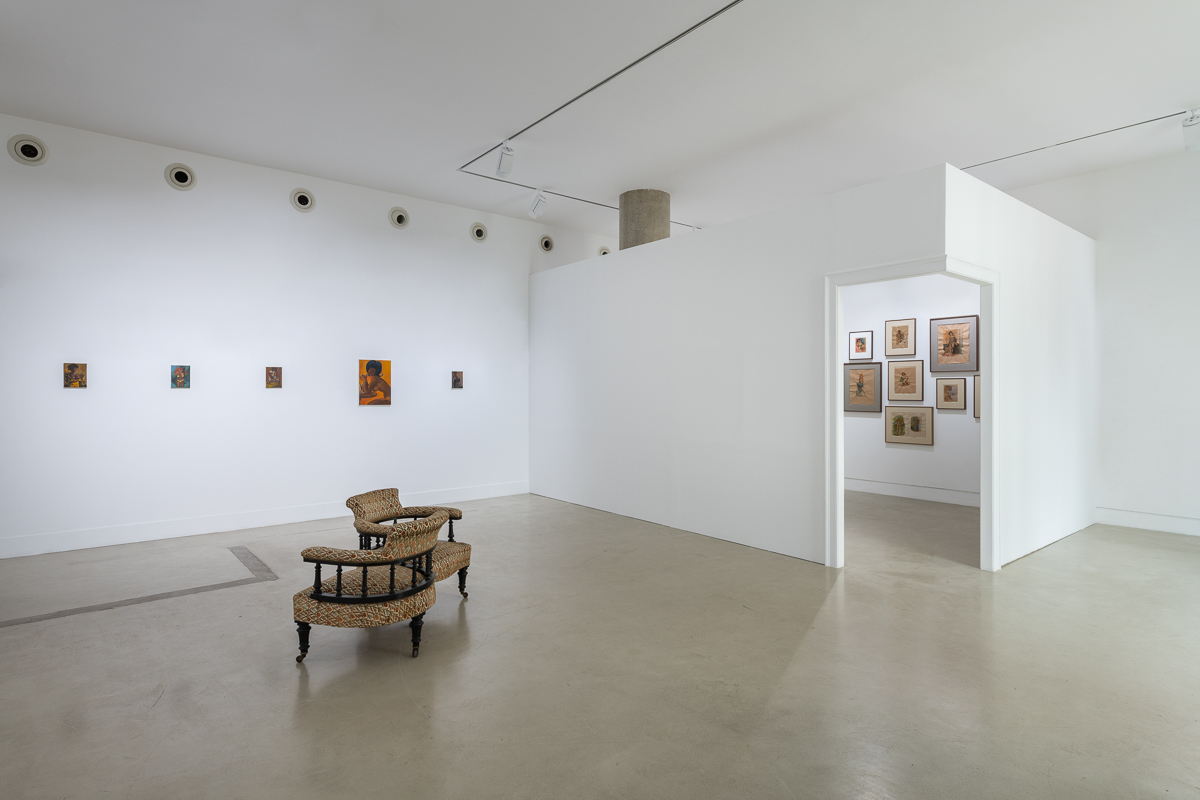 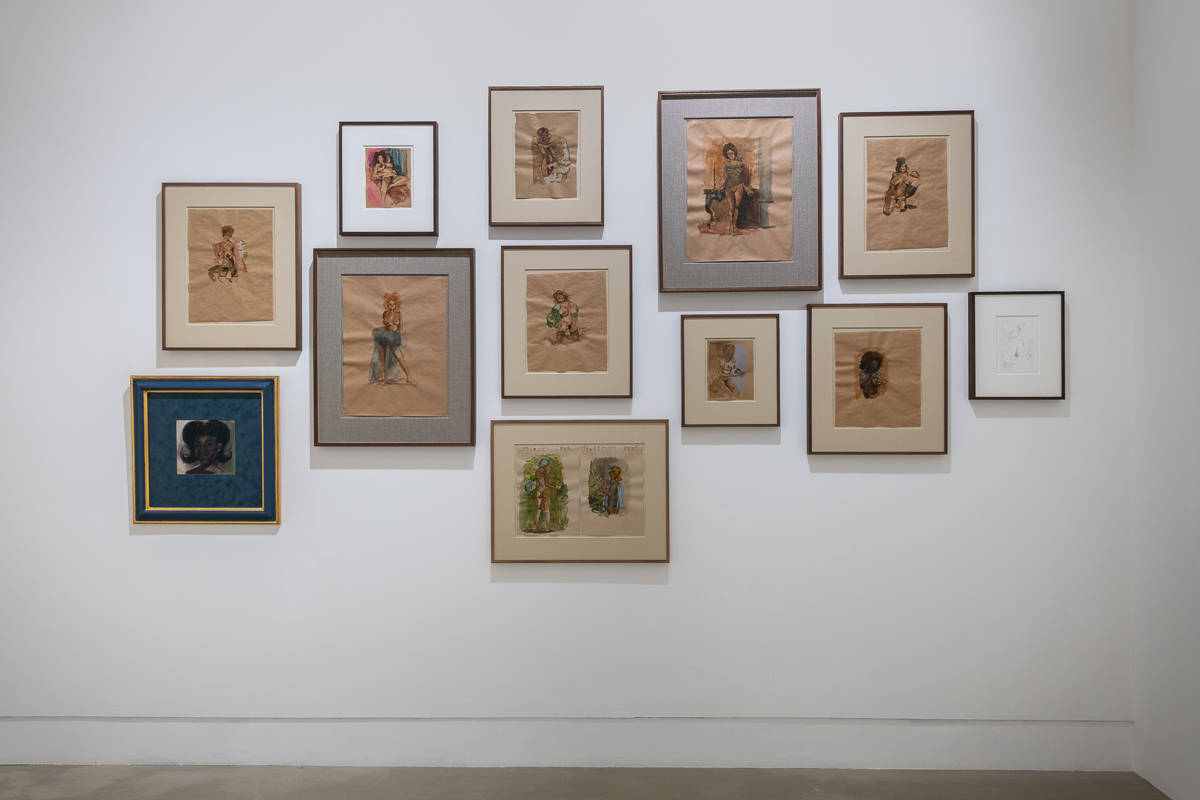 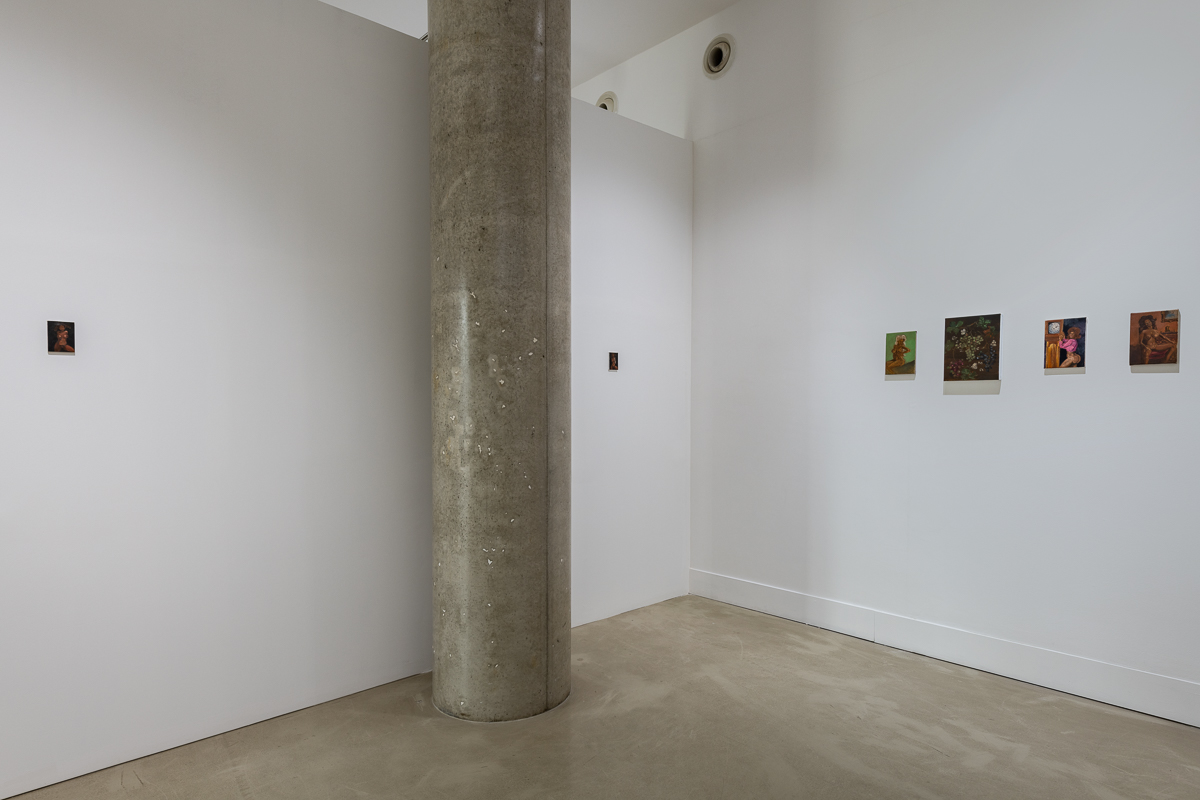 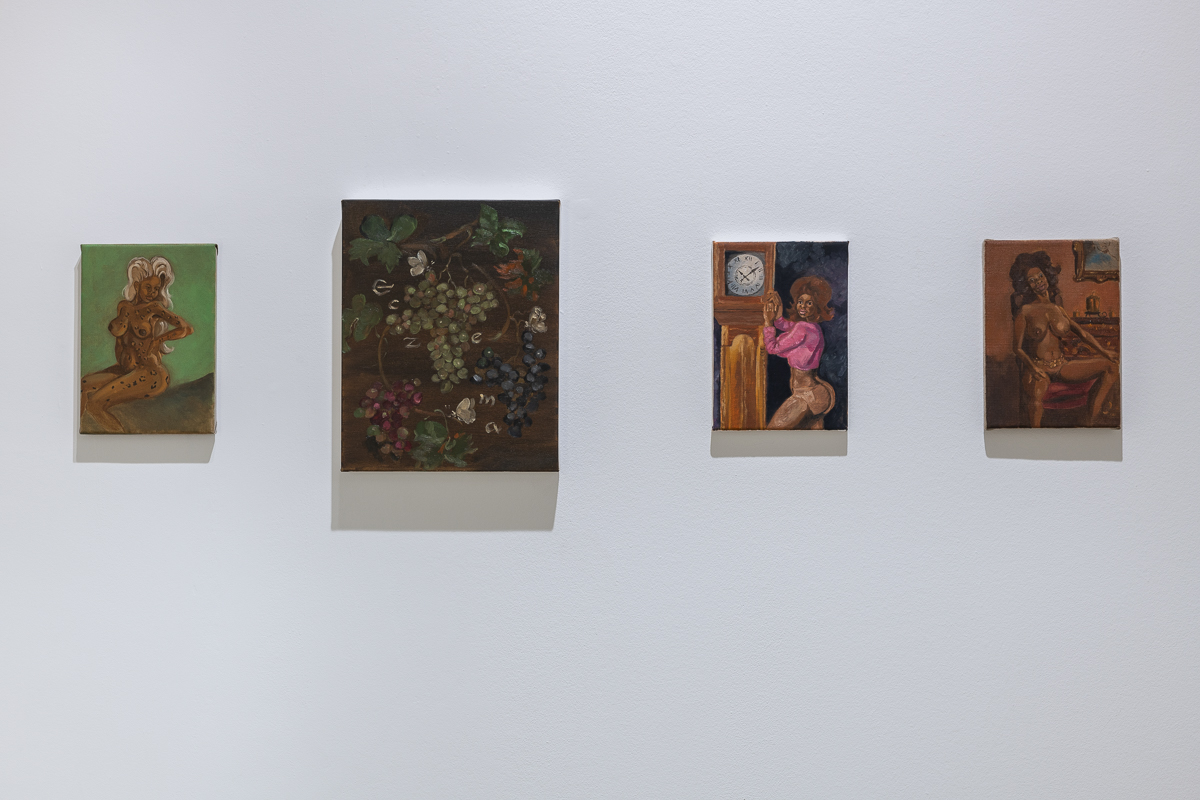 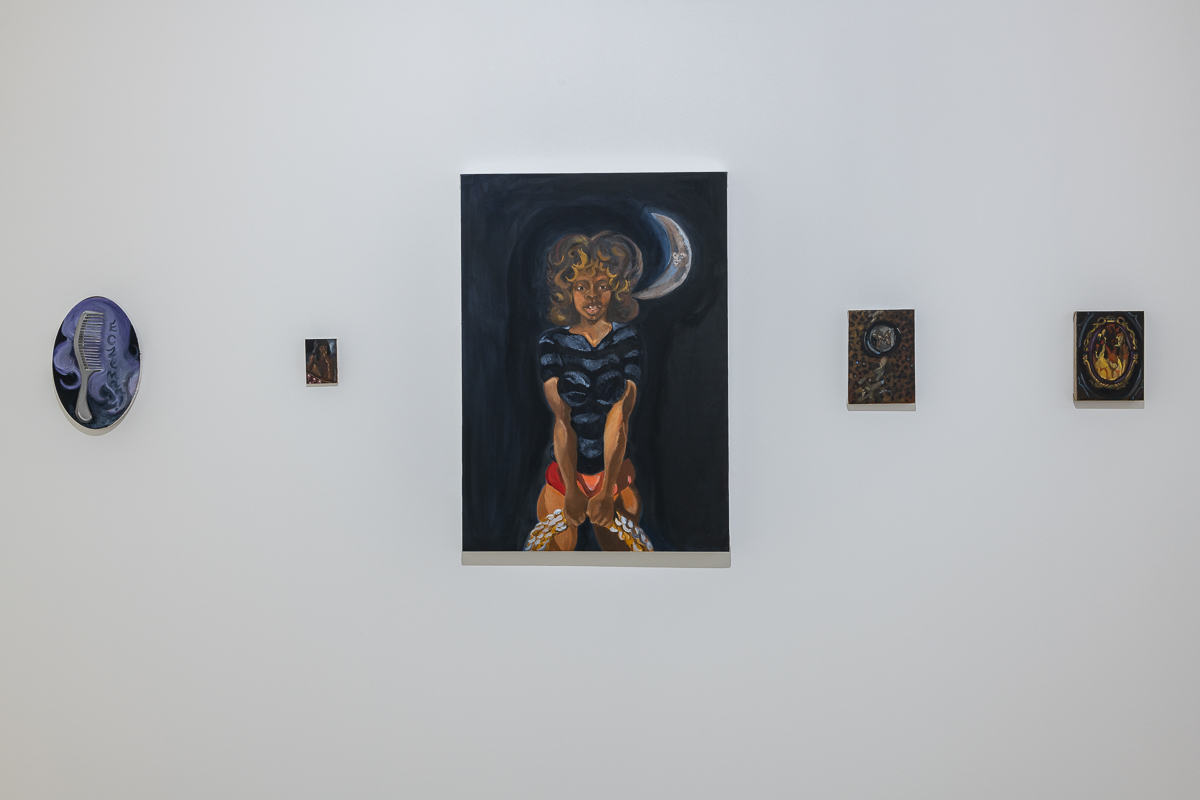 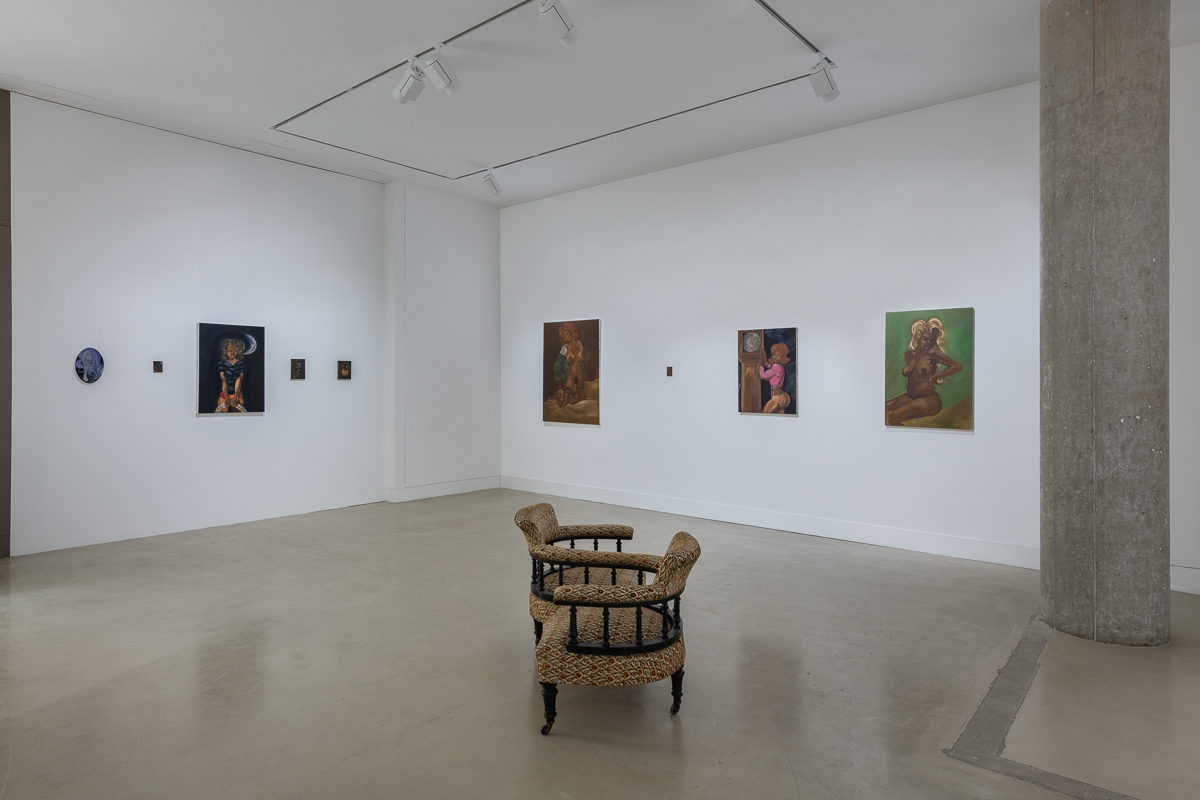 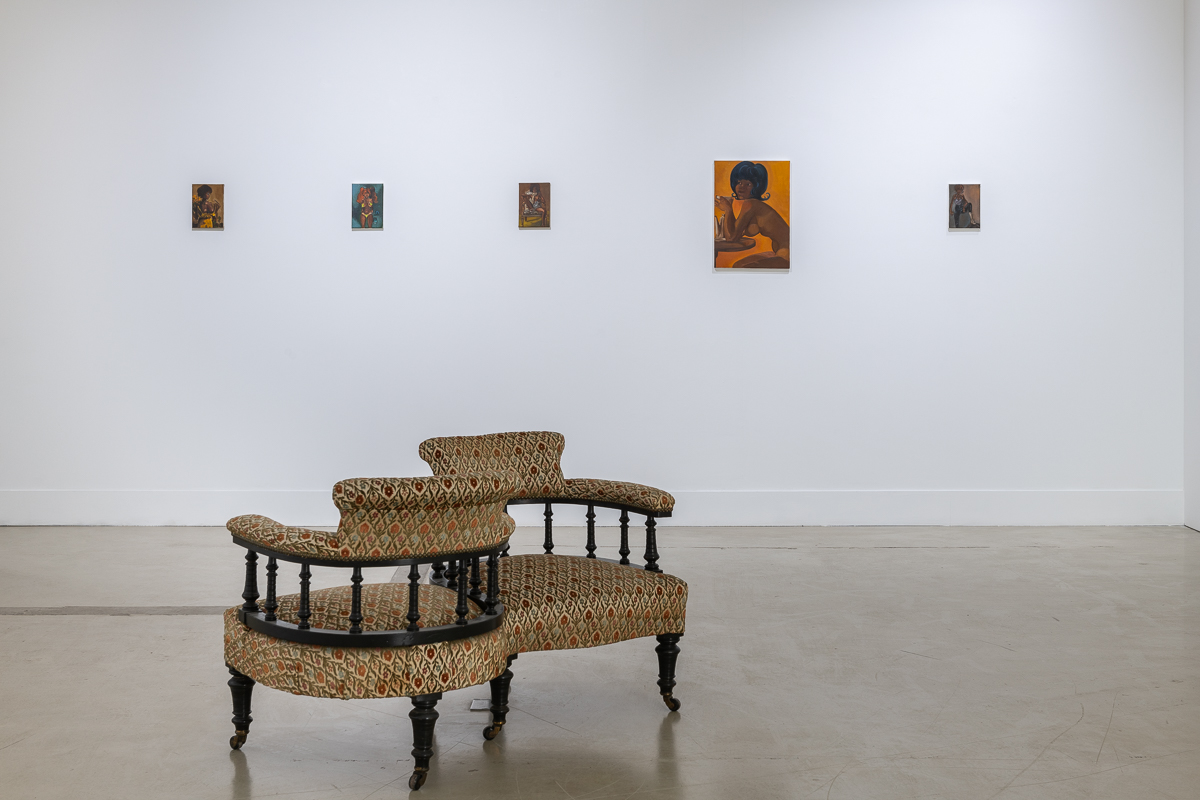 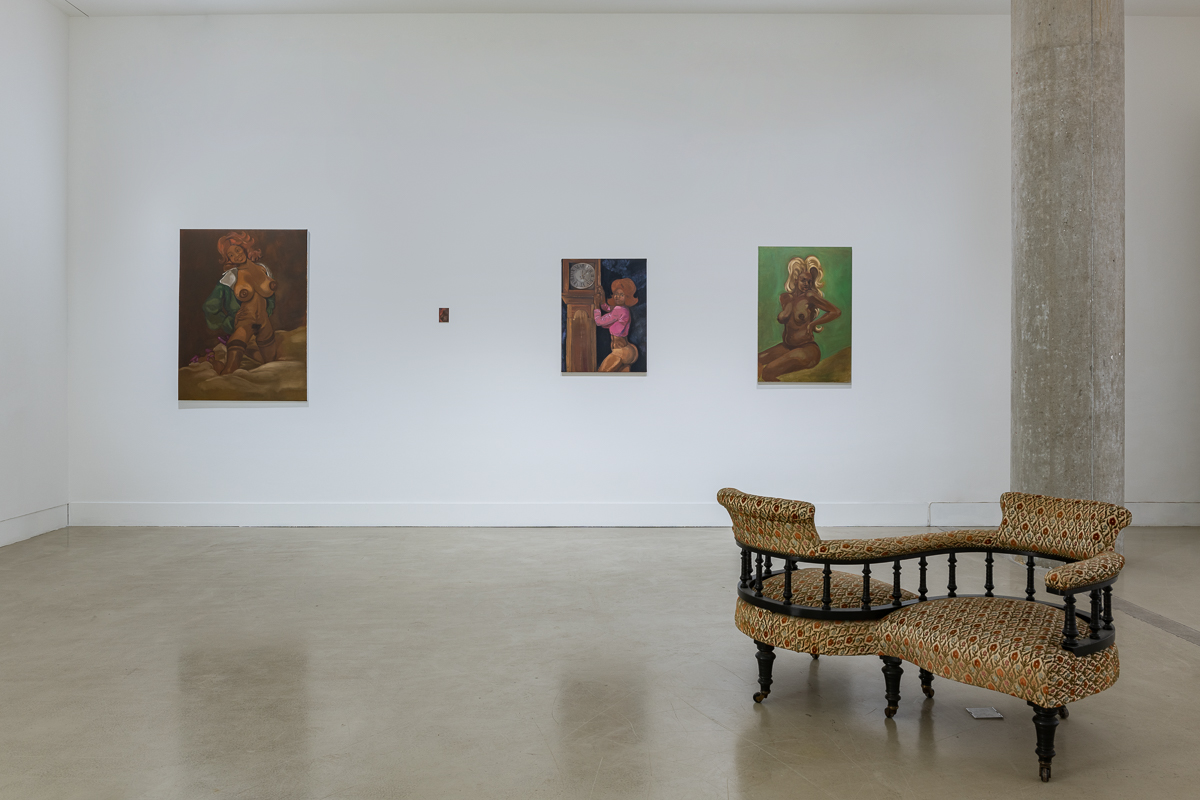 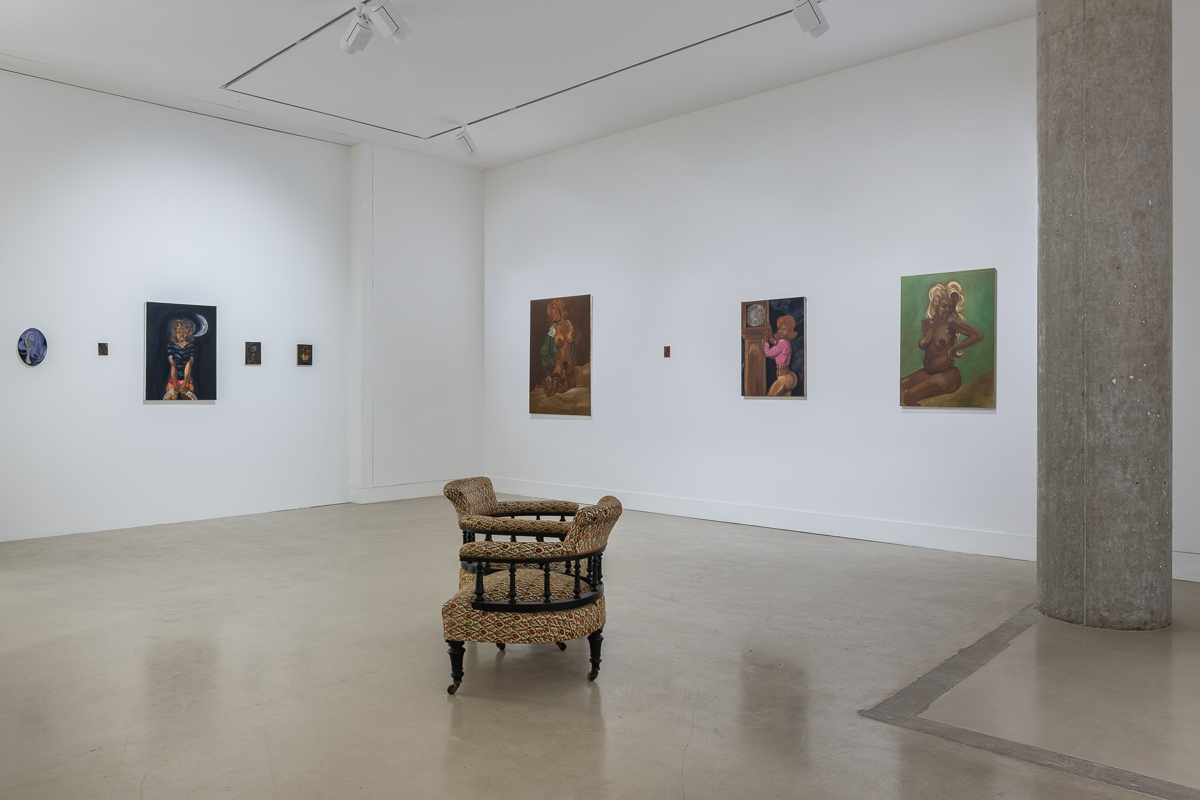 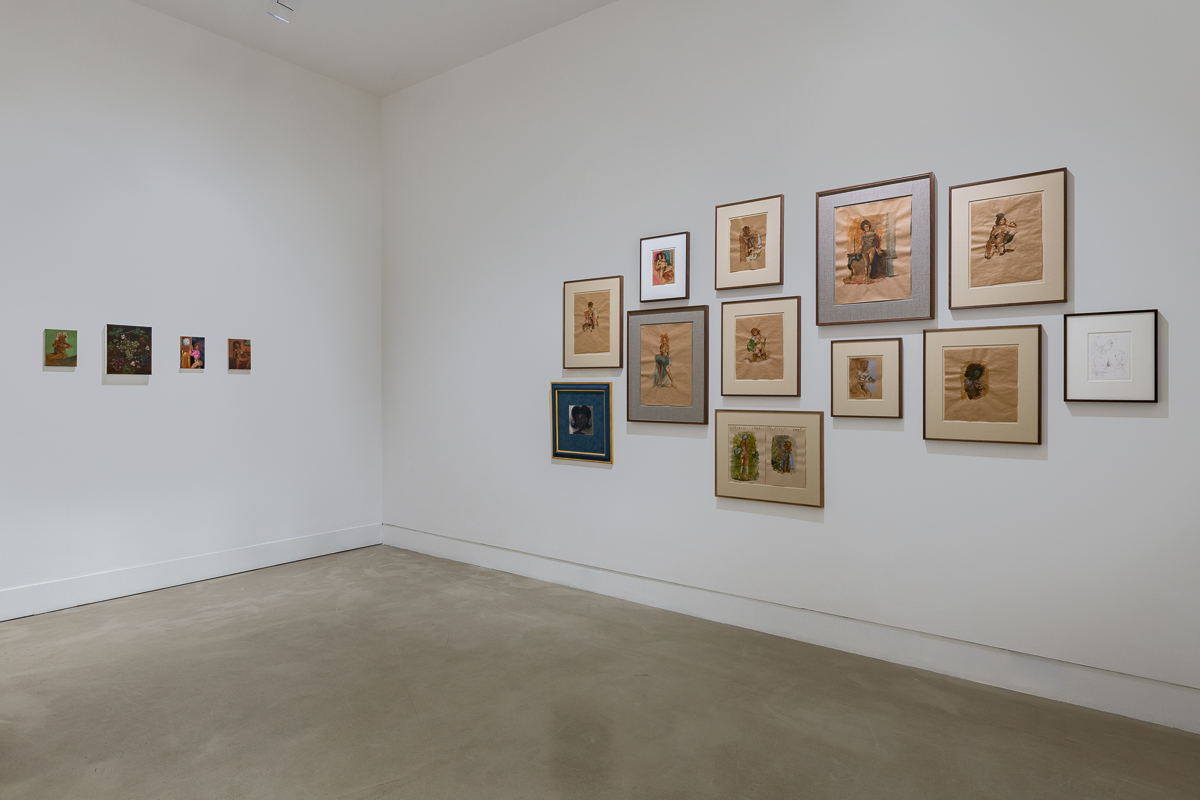 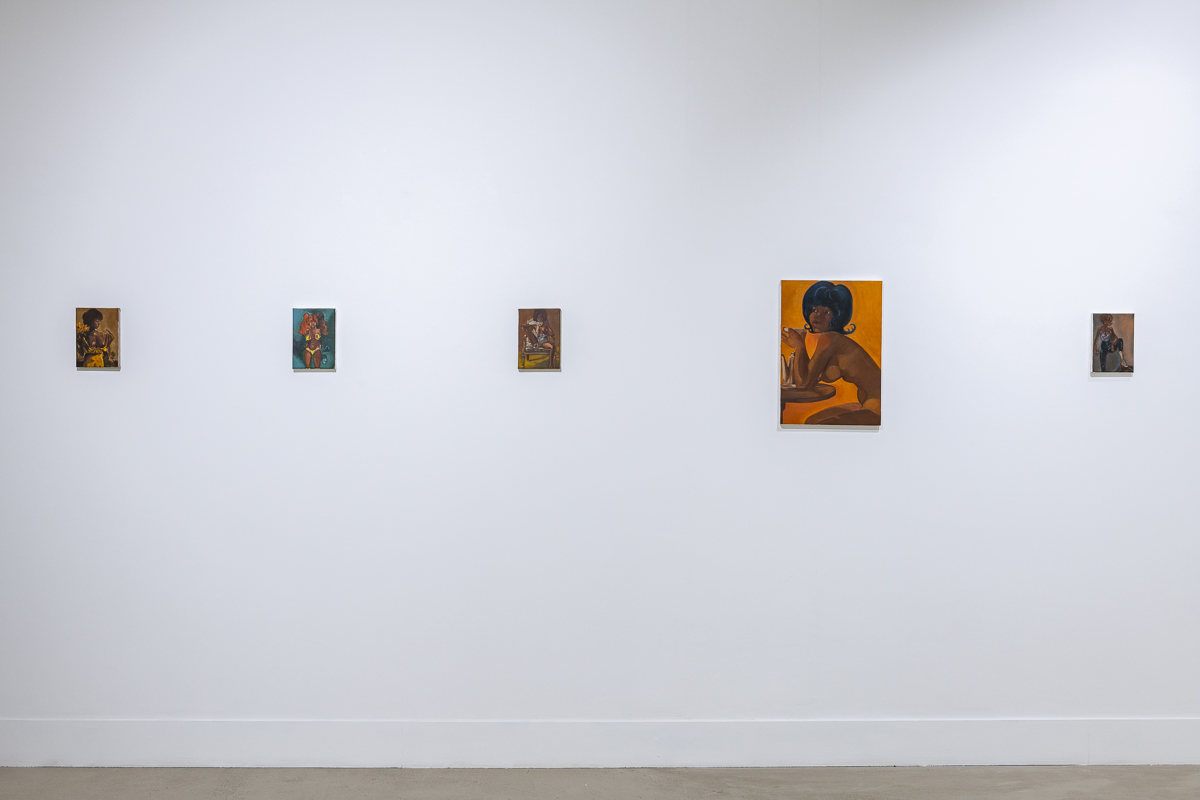 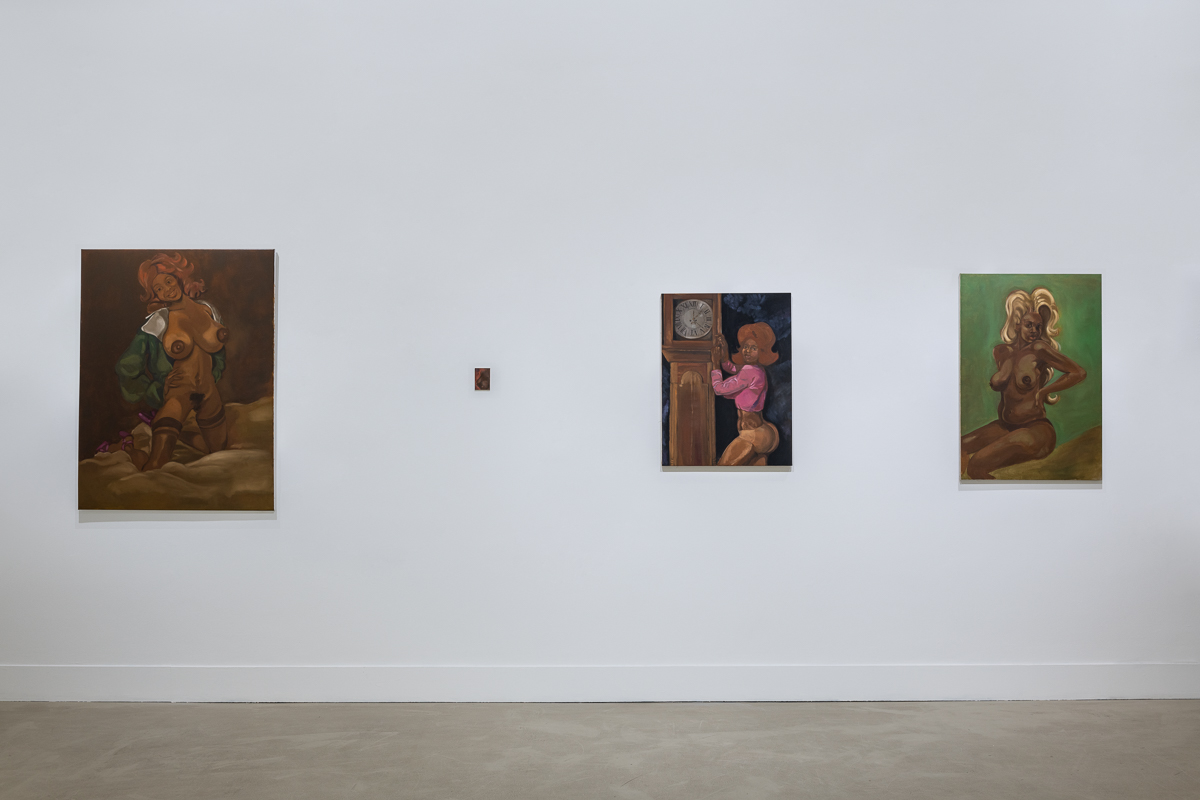 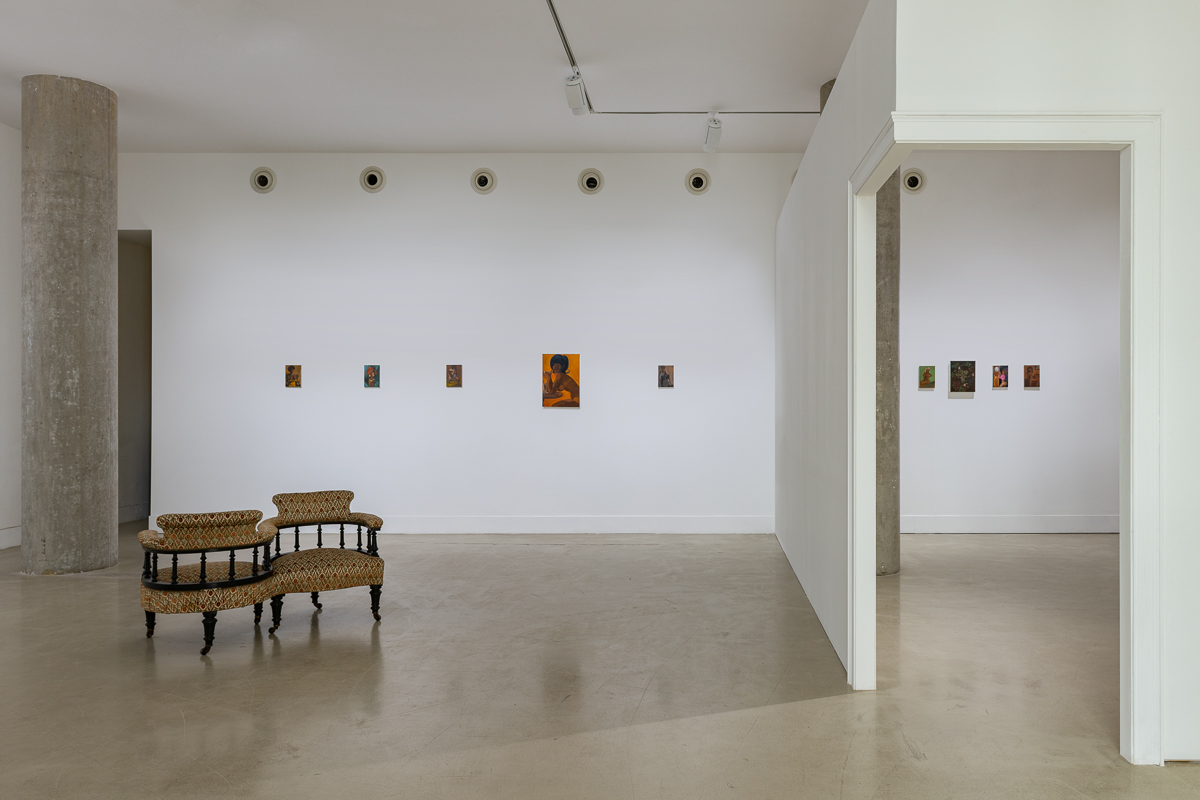 ‘A free woman in an unfree society will be a monster’

Maximillian William is proud to present Underneath a Bebop Moon, Somaya Critchlow’s debut solo presentation at the gallery and the artist’s largest show to date. The exhibition comprises a body of works that demonstrate a strikingly unfettered range in scale. It includes for the first time some of the larger scale paintings that the artist has completed over the last year, as well as mid-sized works and the miniatures for which she has become known. A new series of watercolours on paper will also make its debut.

Through her rich and imaginative paintings, Critchlow has developed a personal language of psychologically charged imagery that is dark, humorous, and erotic. The bold, self-possessed women who populate Critchlow’s paintings appear to occupy their own realm. Critchlow’s command of art historical precedents from the Renaissance to the Rococo (and particularly its English counterparts, including Thomas Gainsborough and Joshua Reynolds) manifests through her fluid style and iconographic choices. In Critchlow’s more recent works a classical element has notably emerged in her expanded focus on interiors and objects, as in the ornate settings of Figure Holding a Little Teacup (2019) and Dolly (2019), and the decadent Slippers (2019). These shifts in Critchlow’s process grow from her rigorous engagement with the processes and materials as well as the aesthetics of her art-historical predecessors.

Critchlow’s increased emphasis on materiality is especially evident in the larger works, whose close-to- life scale exude a powerful new weightiness. The artist’s subjects assert themselves to the viewer, returning the onlooker’s gaze and reciprocating their scrutiny. Her heroines coolly reflect back any cultural, social, or bodily expectations imposed upon them. Critchlow’s women slip these familiar traps, existing as free beings in a space between histories and cultures of her own creation.

The titles of her paintings, as well as that of the show, Underneath a Bebop Moon (a kind of abstract, suggestive non-sequitur) unravel in a poetic way that is typical of Critchlow’s work. These textual fragments enhance the of atmosphere and lyricism present in her work, often with a visceral and pointed sting. Granddaddy Clock (Power Structures) (2019), a larger work that shares its title with an earlier miniature, playfully hints at a subversion of the patriarch and his power that manifests both physically and symbolically in the statuesque figure who casually leans into the titular clock, effortlessly and imposingly sizing it up. From these otherworldly, seemingly half-real and half-imagined pictures, Critchlow offers up an intensely personal viewpoint of the world around her.

Somaya Critchlow (b. 1993, London, UK) lives and works in London. She studied Painting at the University of Brighton before attending the Royal Drawing School, where she earned her Postgraduate Diploma. This is her third solo exhibition, following Sincere for Synonym at Fortnight Institute, NYC (2019) (accompanied by a publication of the same name) and Time Never Mattered at Efrain Lopez Projects, Chicago, IL (2018). Group exhibitions include Xenia: Crossroads in Portrait Painting, Marianne Boesky Gallery, NYC (2020), Role Play, Maximillian William, London (2019) and They Gaze, James Fuentes, NYC (2019). 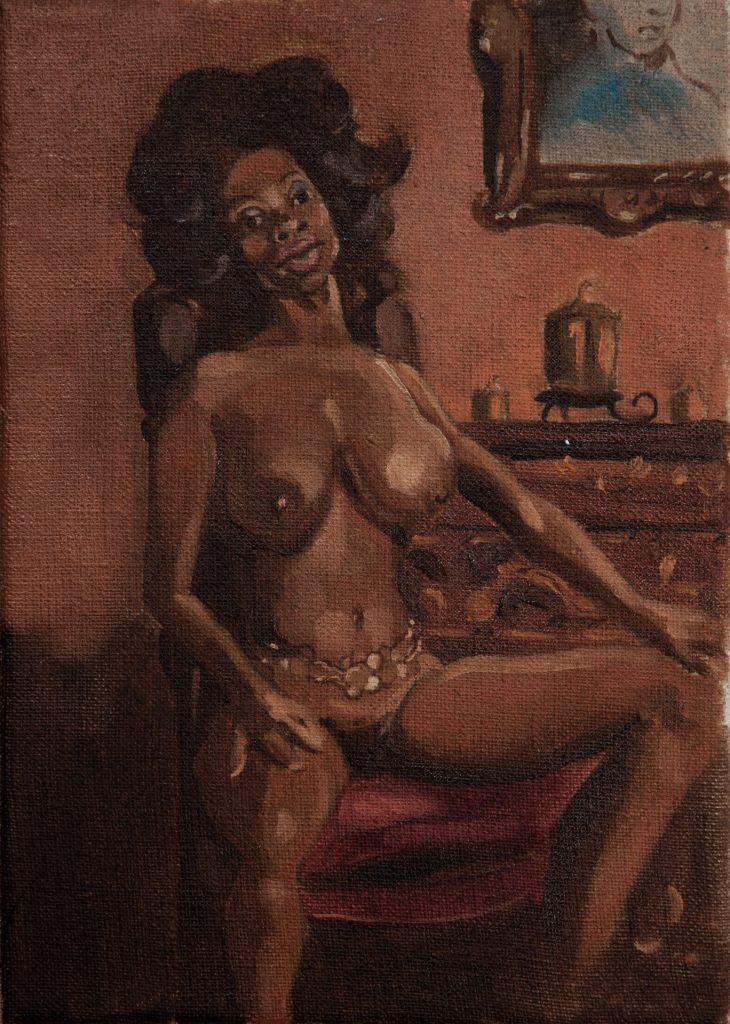 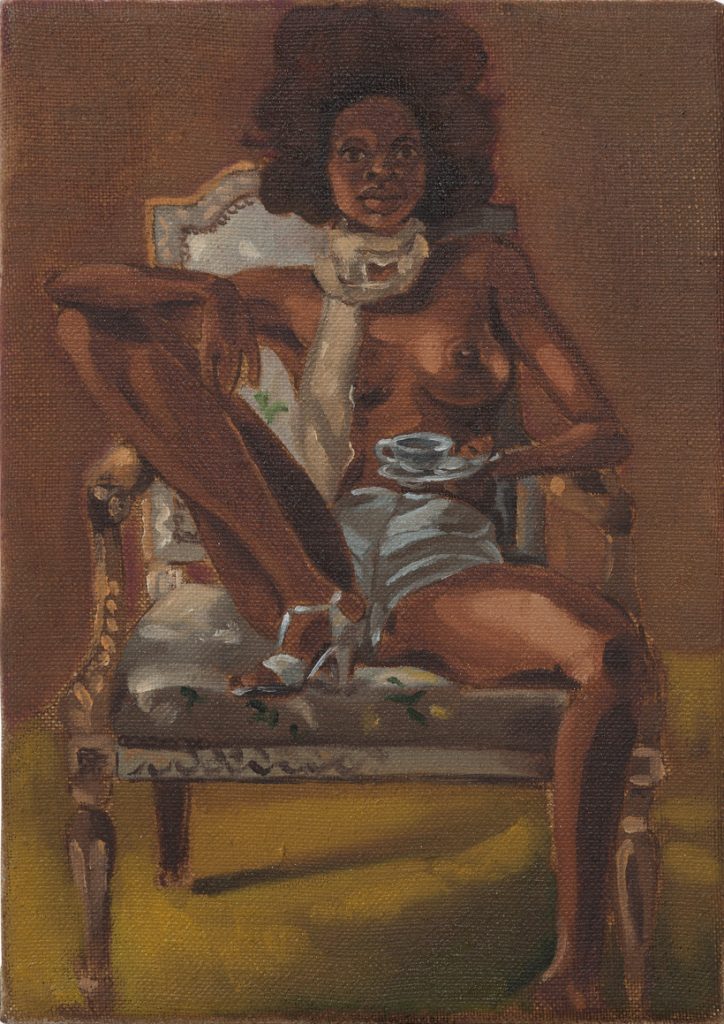 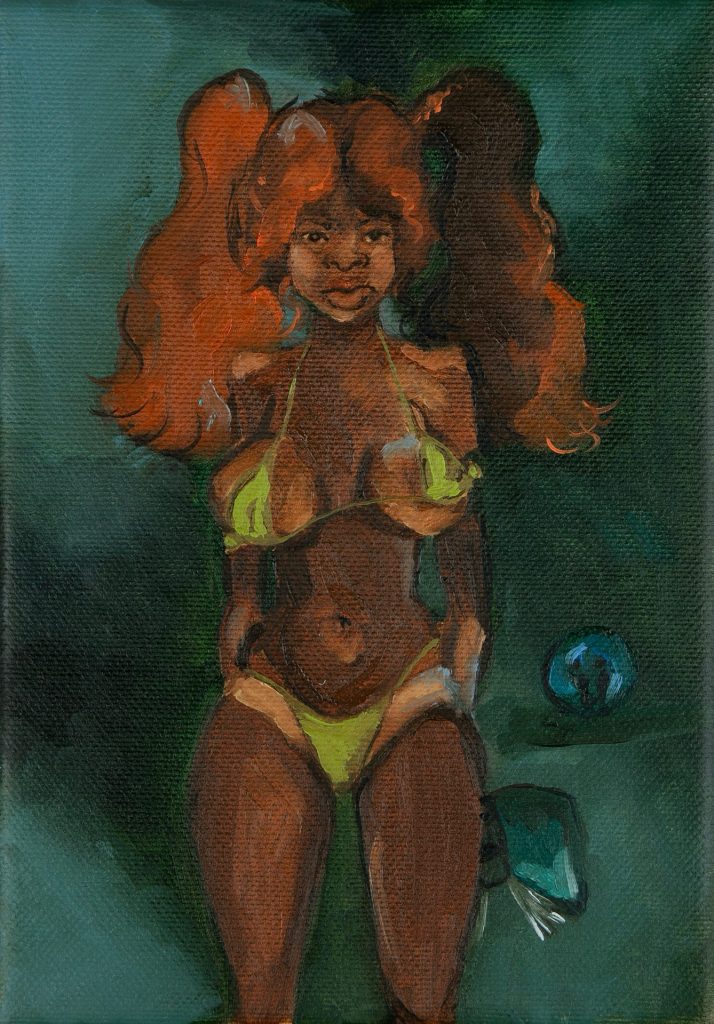 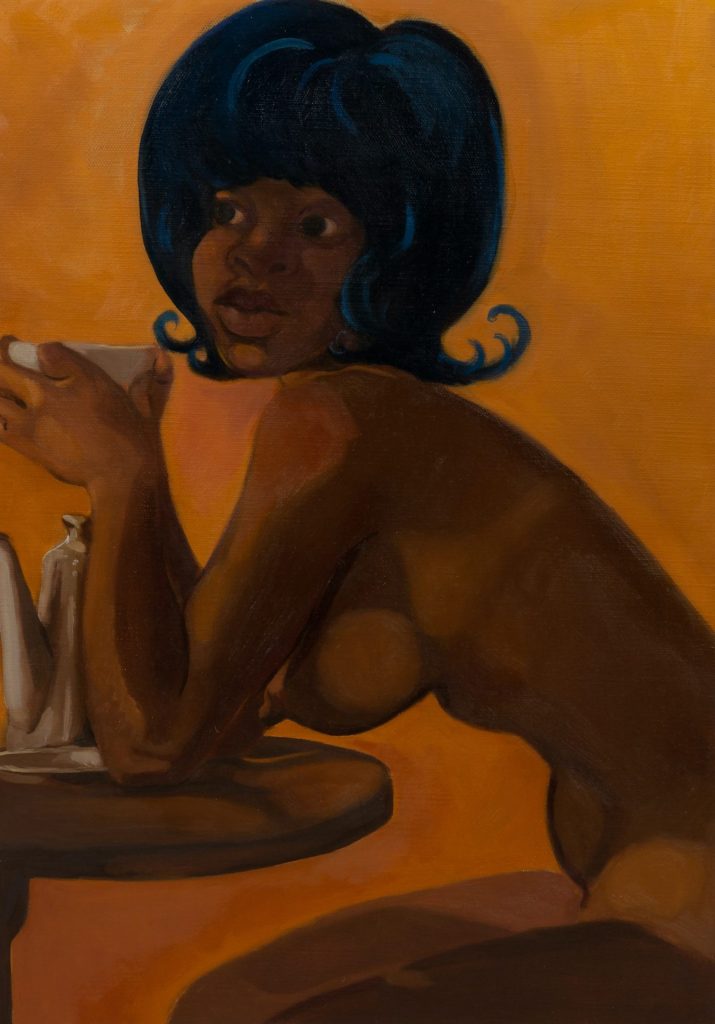 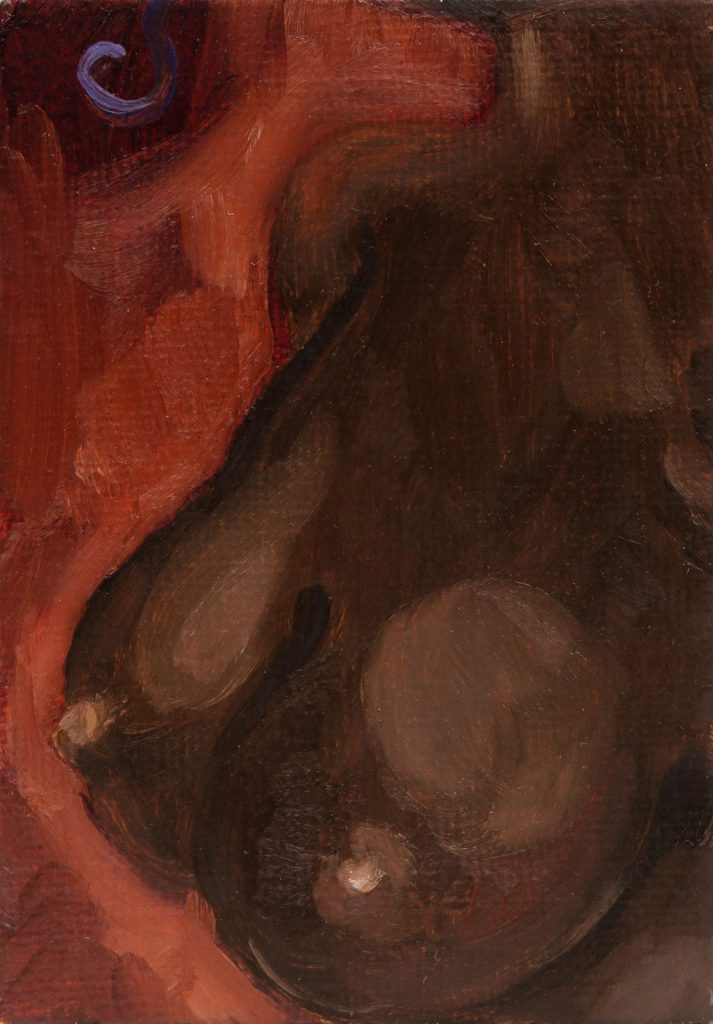 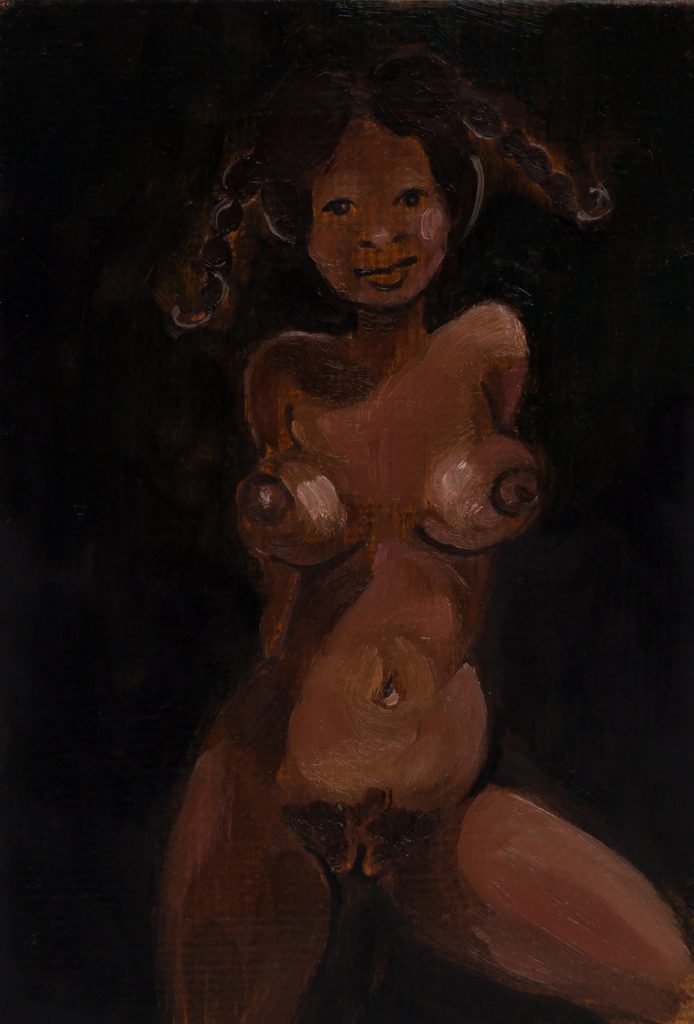 Somaya Critchlow and the Erotics of Projection

With Kitsch and Eroticism, Somaya Critchlow Confronts the Politics of the Black Nude

Somaya Critchlow’s “Underneath a Bebop Moon” at Maximillian William, London