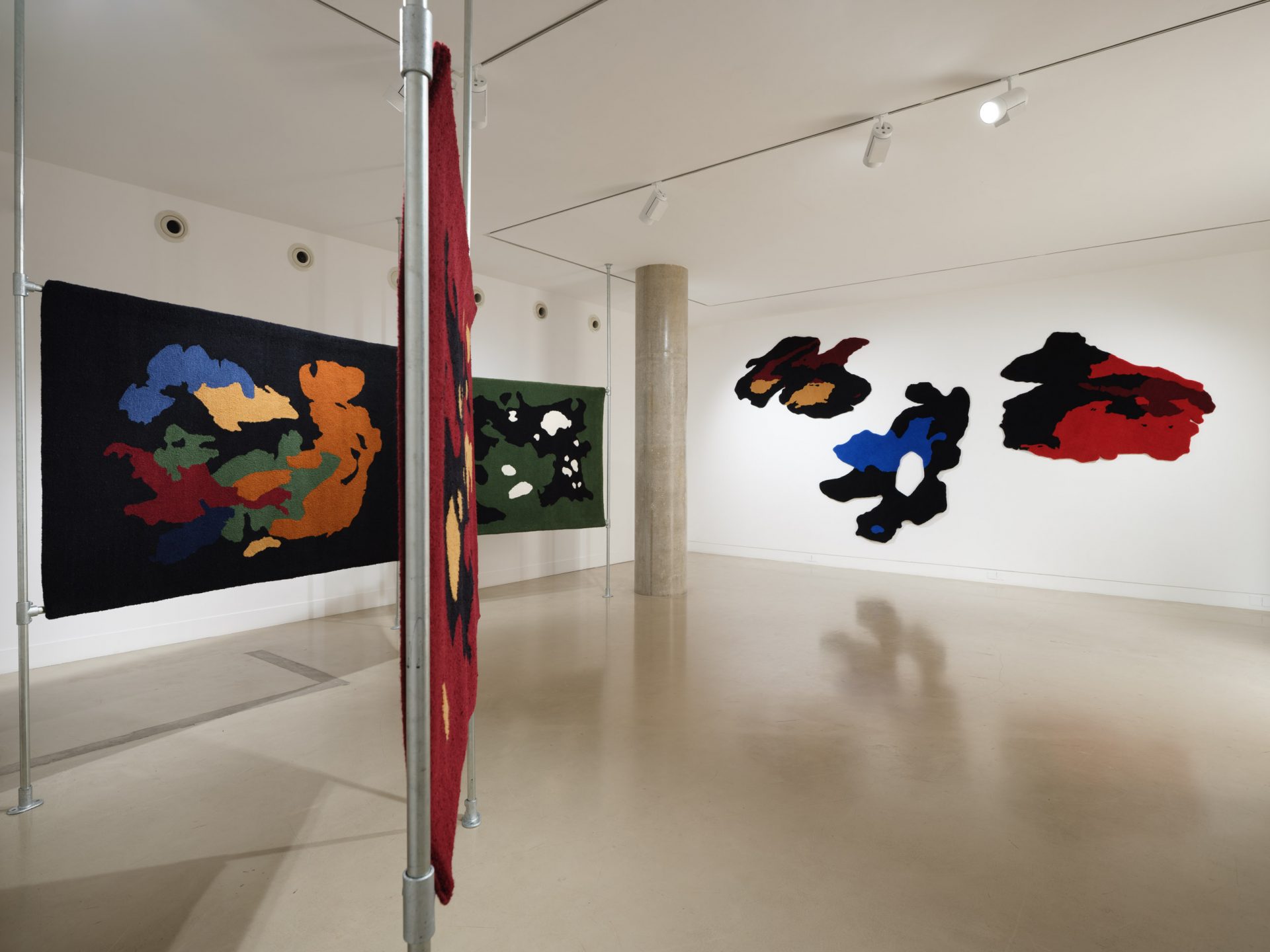 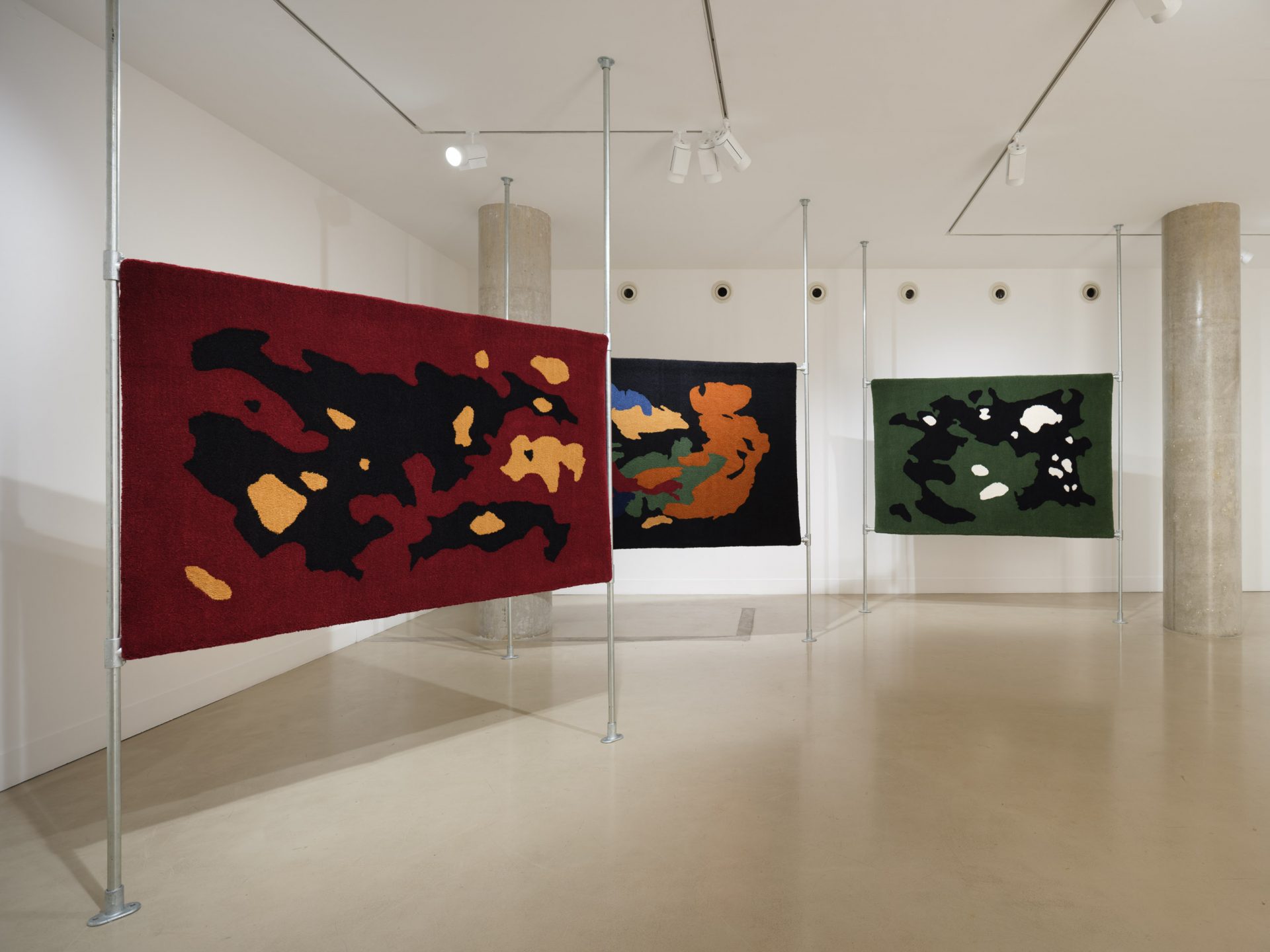 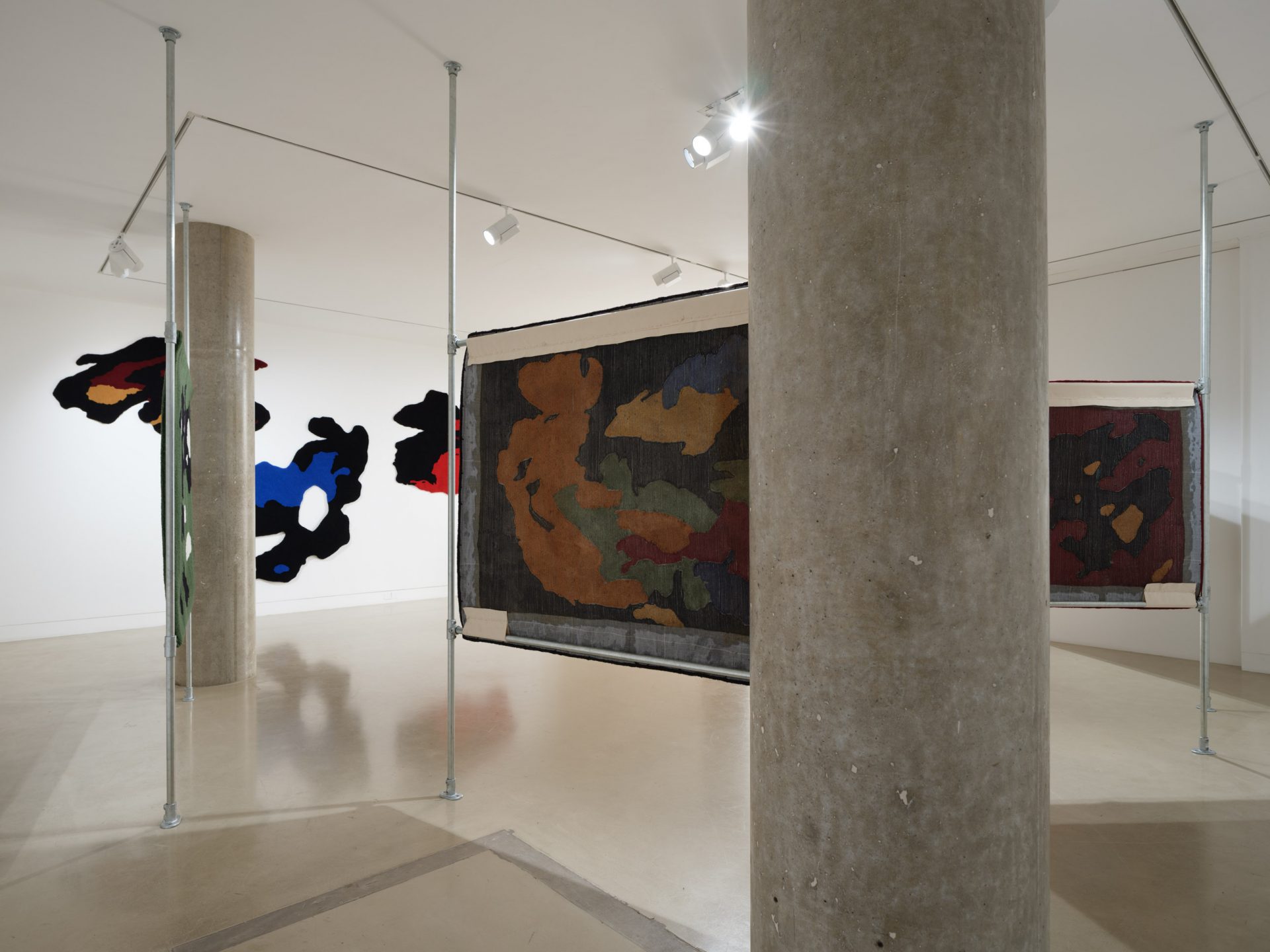 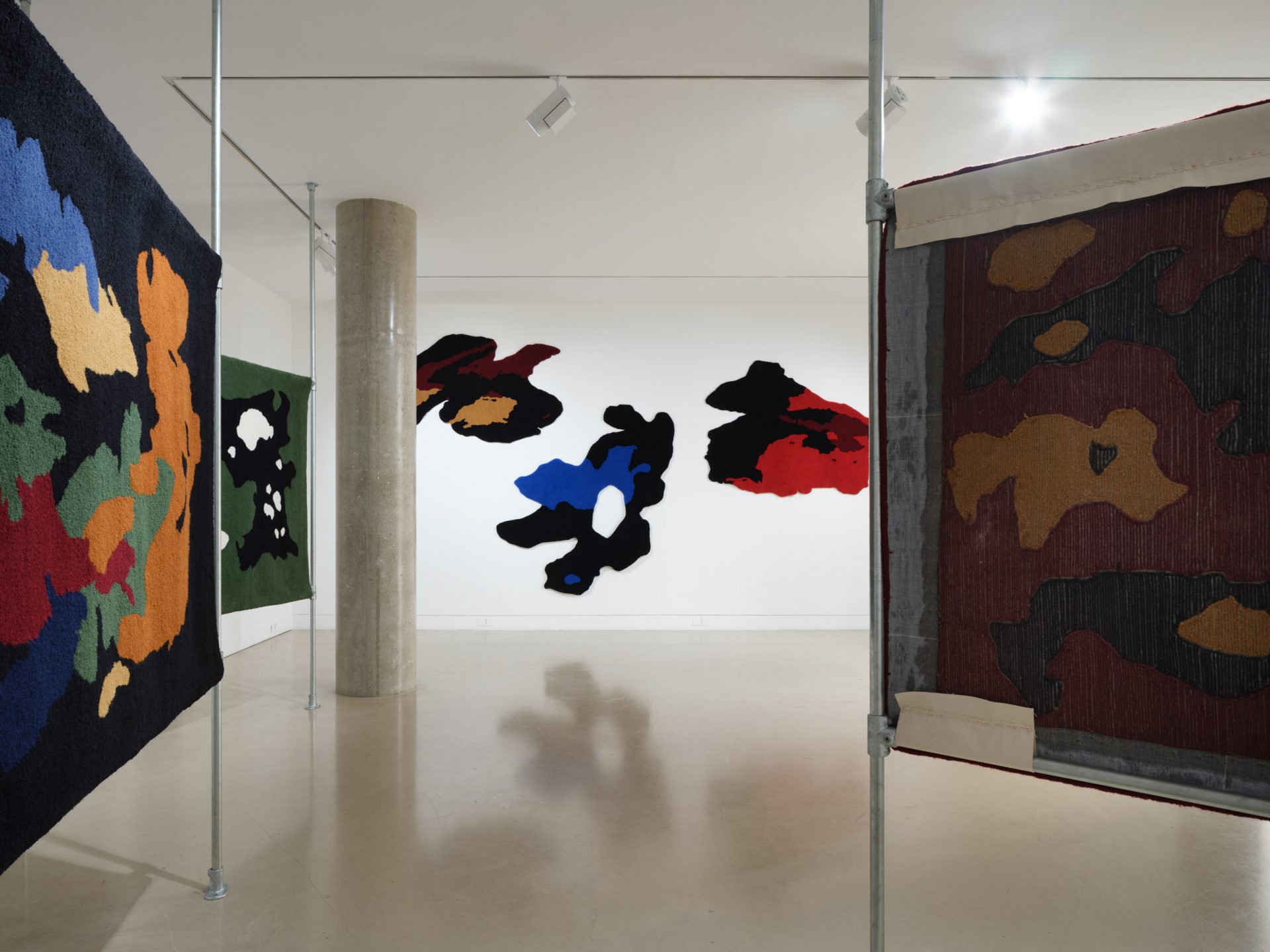 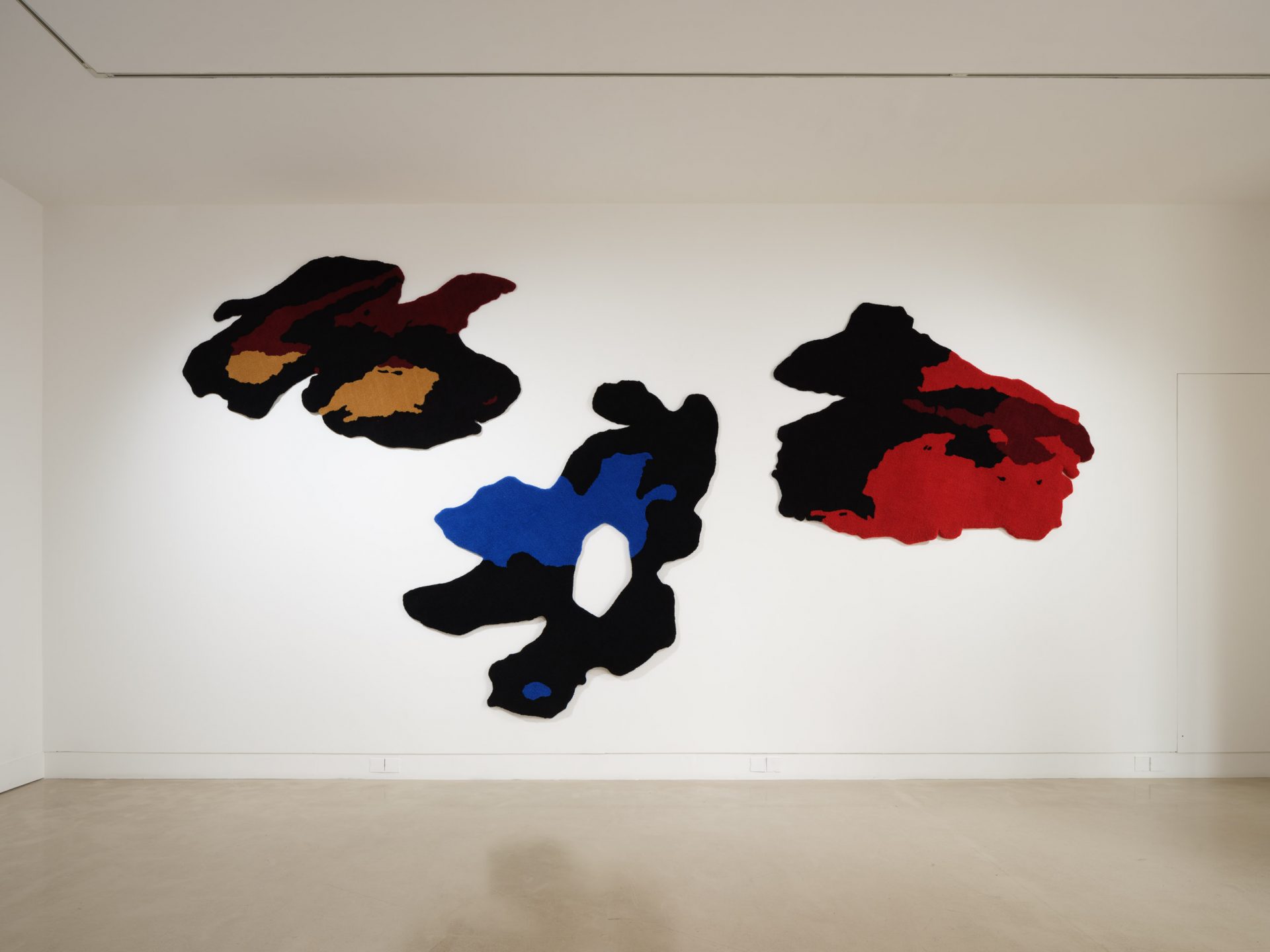 Overhead, the two moons worked together to bathe the world in a strange light.

Maximillian William is proud to present Hannibal’s Pond Tom Atton Moore’s first solo presentation with the gallery. Moore cuts up, overlays and collages images, abstracting them to create new forms which become the basis for contemplative woolen rugs. This latest series of work stems from an extended period of time spent in rural Britain. In contrast to the pace of the city, Moore noticed that in the countryside days passed without any change. Becoming more attuned to this environment, Moore began noticing the natural processes surrounding him, quickly becoming preoccupied by the slow wilting of a magnolia tree and later studying the changes of a small pond. The spiraling of fish-calming chemicals around the pond inspired the forms of these new rugs.

Moore nonchalantly resists the urge to categories his rugs as art, craft or design. His interest is instead in the reactions and associations they engender depending on their context. When hung from walls, the rugs transform into tapestries. While less didactic in his storytelling, Moore is interested in how his rugs can convey a feeling, a thought, an emotion. In this case, the guilt-tinged joy of being locked down in the countryside, watching the apocalyptic scenes of the city play out in newspaper headlines, while wiling away days getting acquainted with the ecosystem of a garden pond.

While this focus on the lives of birds, fish and insects could seem like a form of escapism, the concerns of the non-human world are both a mirror and antidote to our own. Following a year of heightened anxiety, we can all empathize with the koi in Moore’s pond, surveyed by a hungry heron and cannibalistic alpha, unable to move to safer waters. And there are happier stories within the yarn. Above the fray of the pond, dragonflies busied themselves chasing damselflies, nature’s unstoppable drive to multiple never abating, unconcerned by airborne diseases or malevolent fish.

Moore imagines his rugs would be more at home in an alternate world, their bold aesthetic so oppositional to the floral motifs more traditionally associated with rural interiors. The artist may well have found his alternate universe in the melodrama of the garden pond. Equally, there is an unsettling ‘larger than fiction’ strangeness in the contemporary moment, where narratives which once only existed in storytelling are now a reality. Moore is interested in the entanglement of reality and fiction, playing with ambiguity and abstraction to convey real emotions. 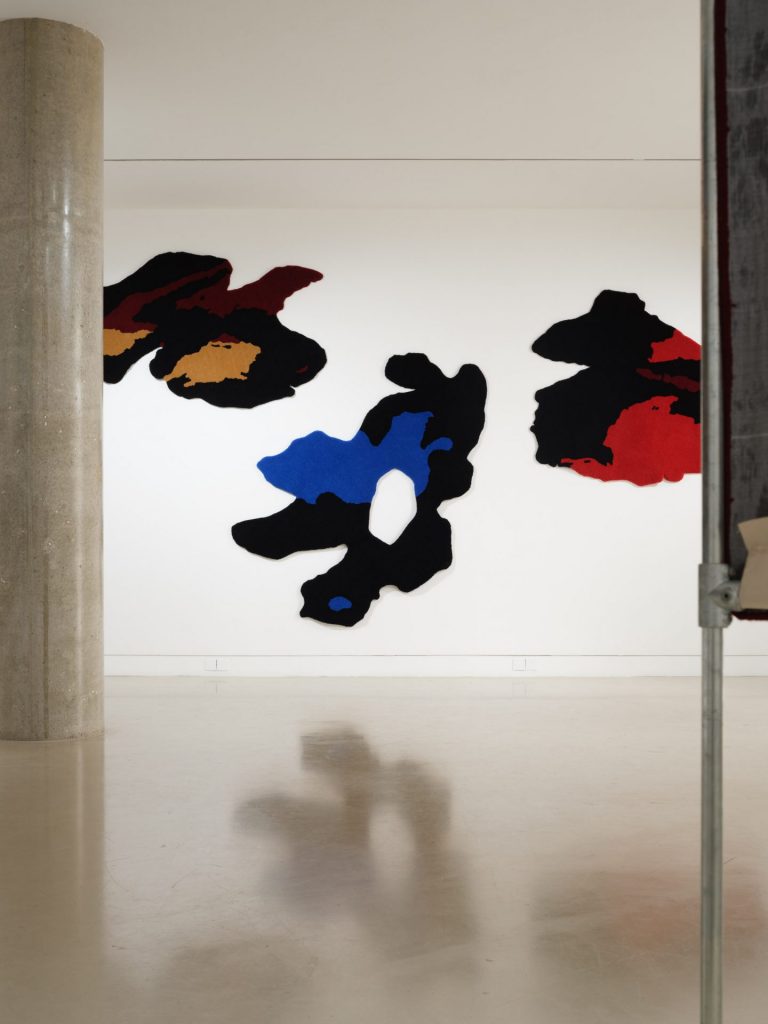 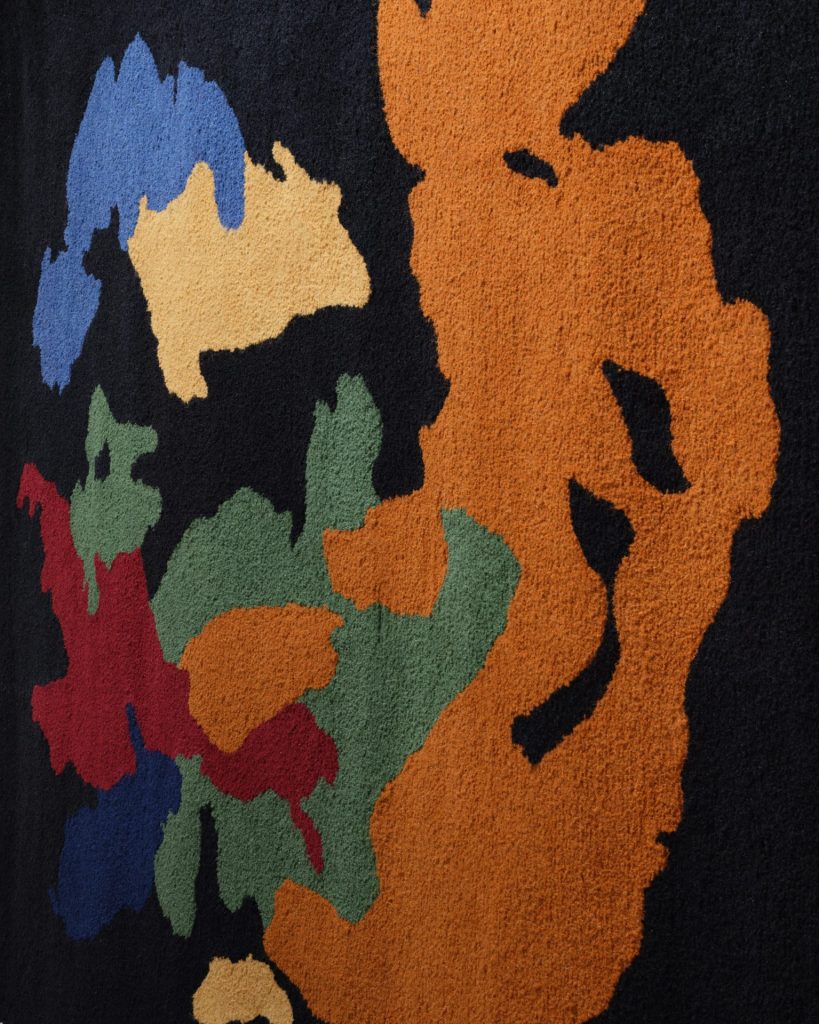 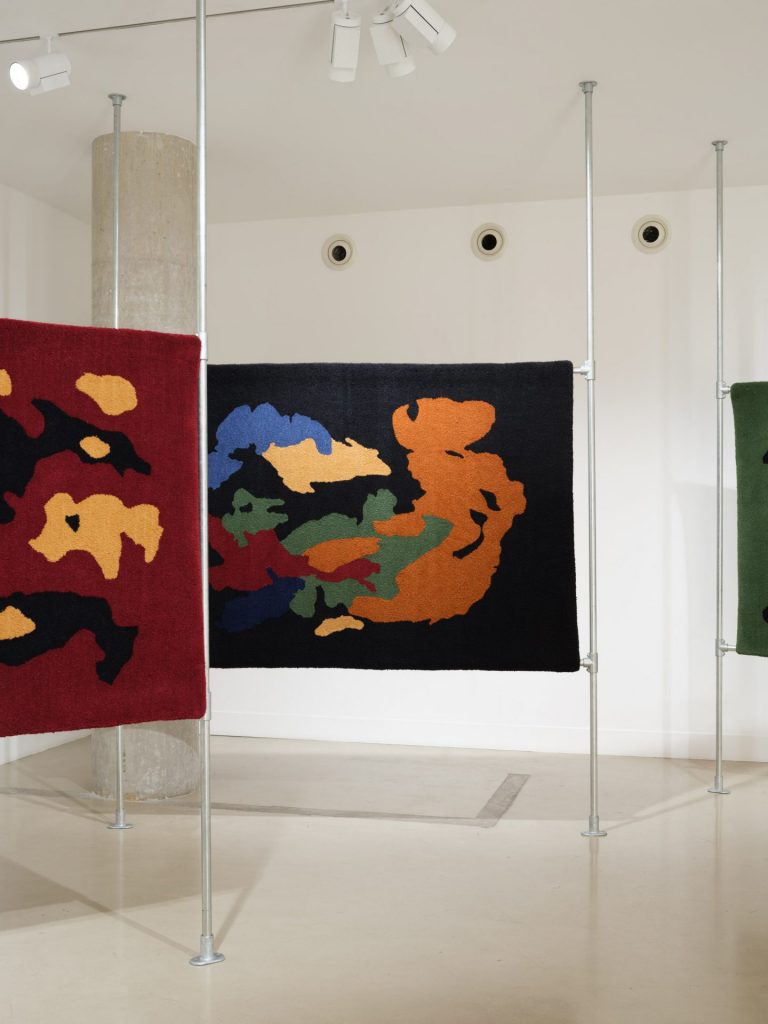 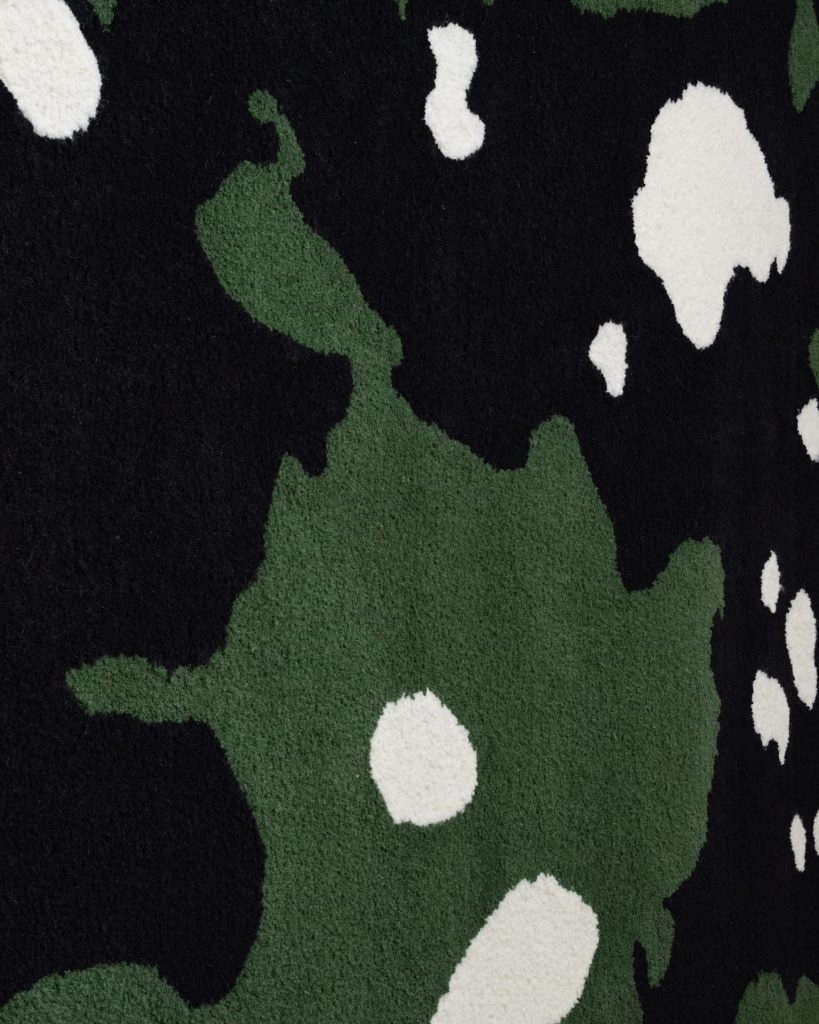 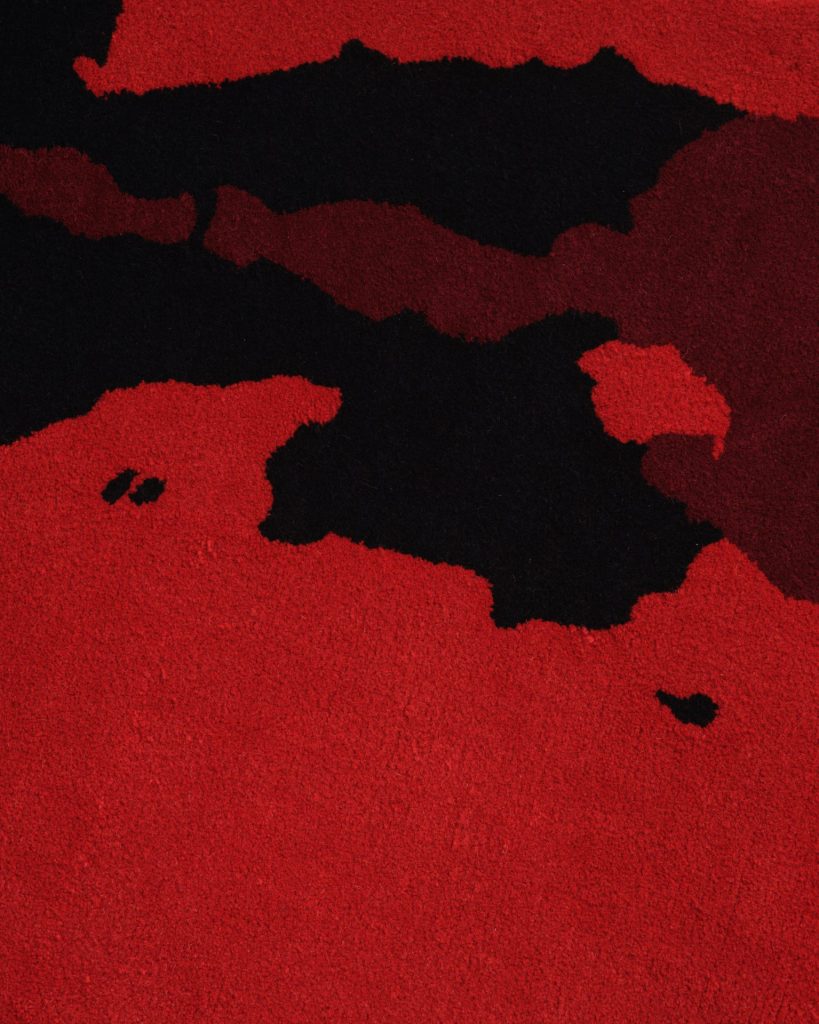 13 craft exhibitions to see in the UK this September