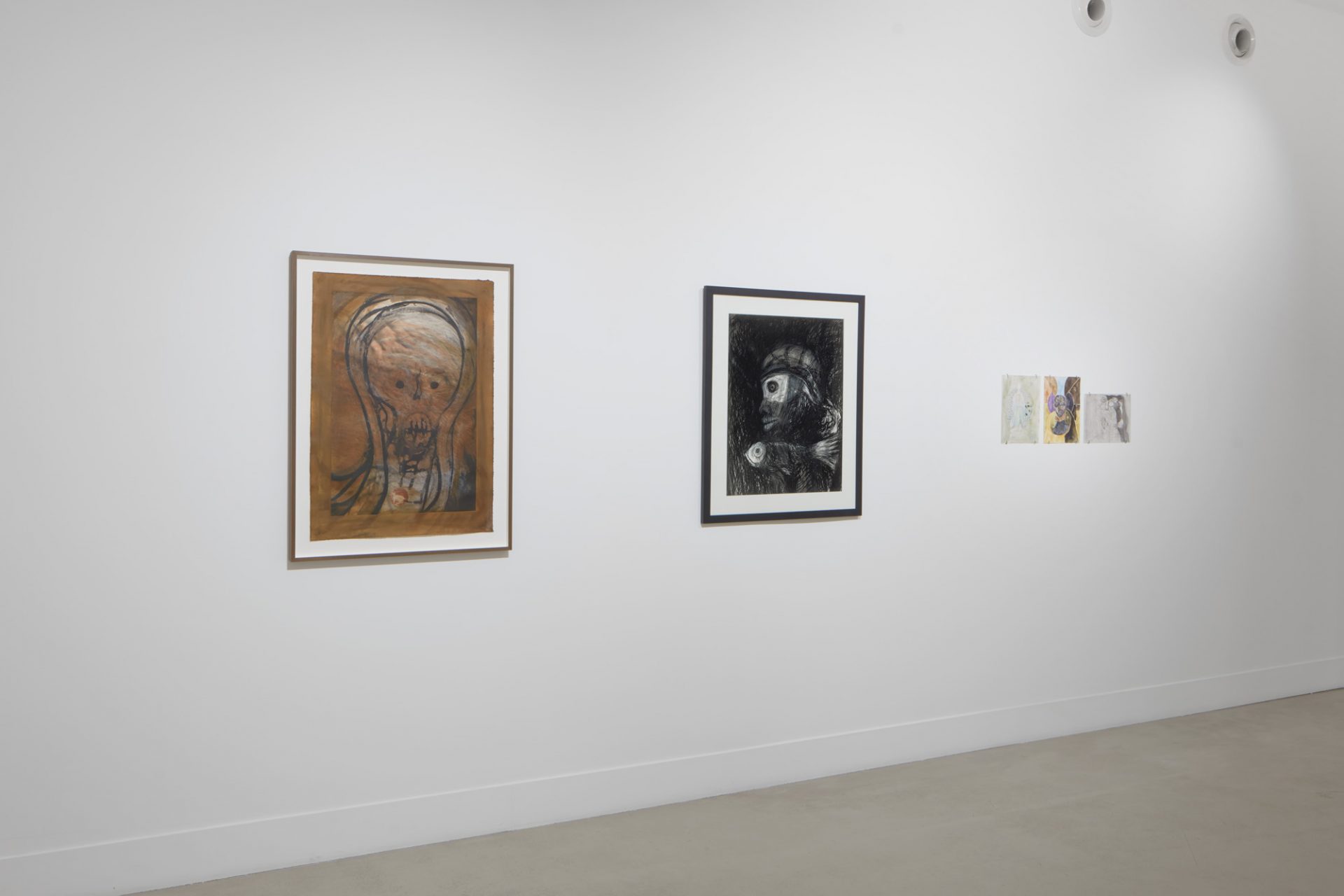 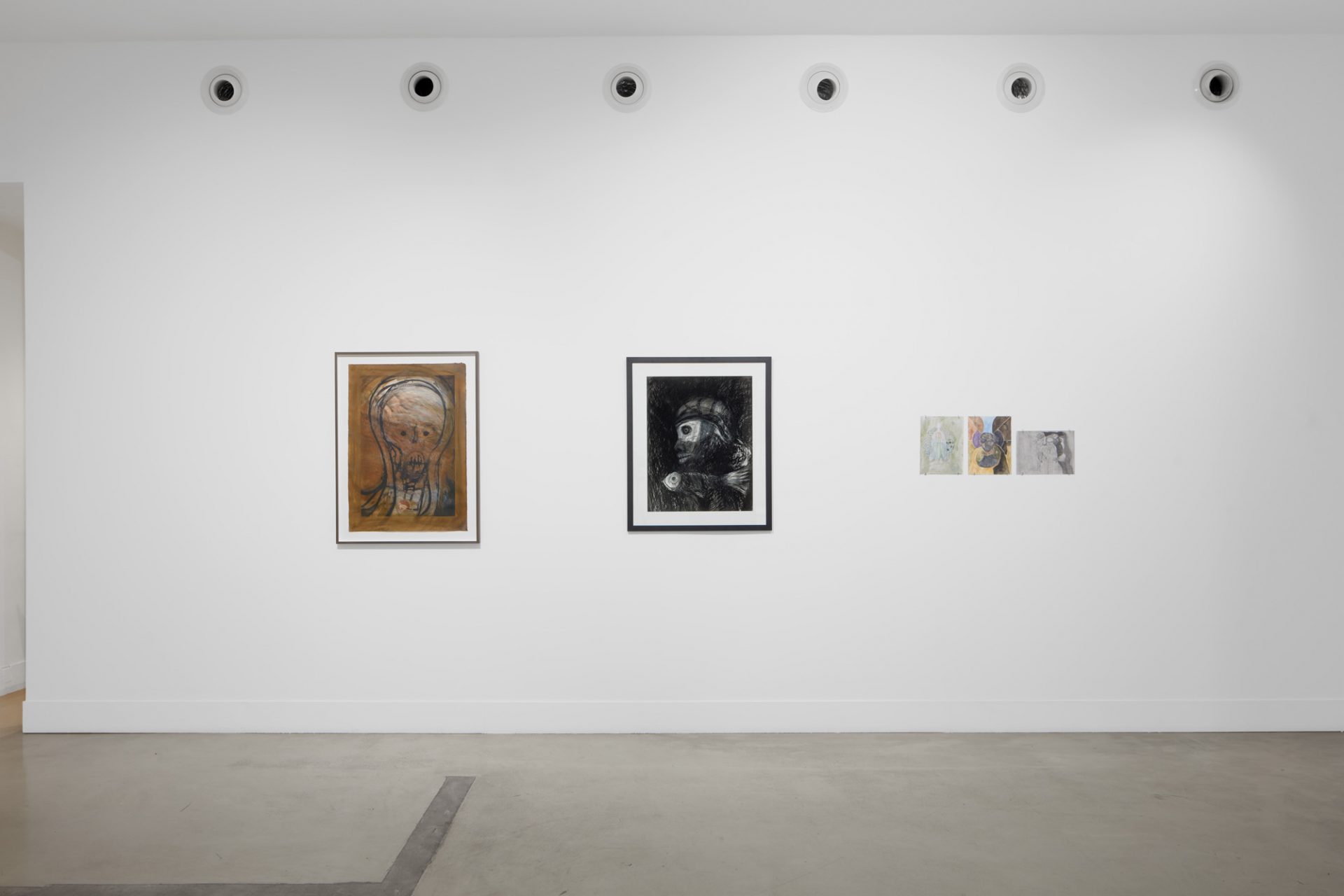 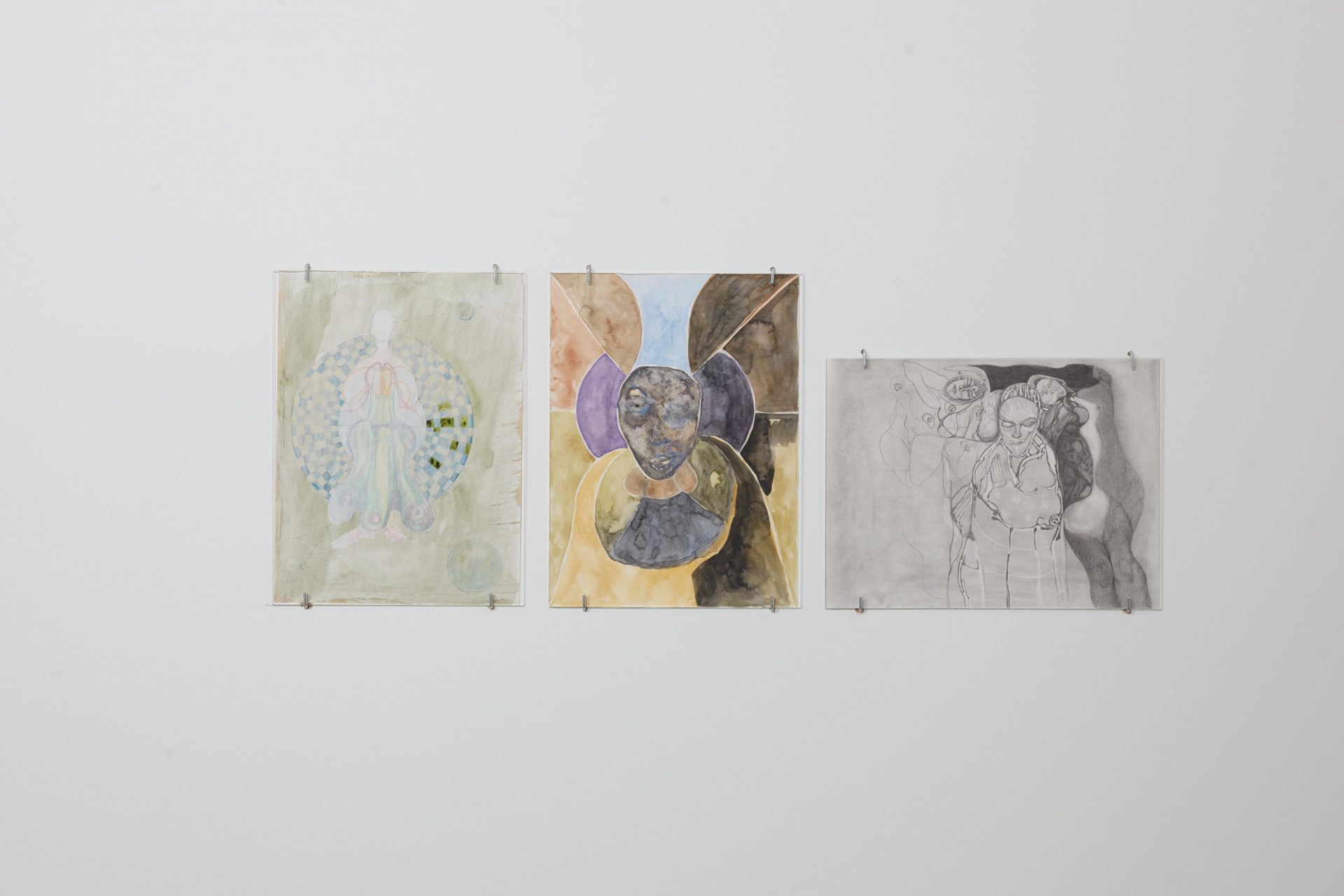 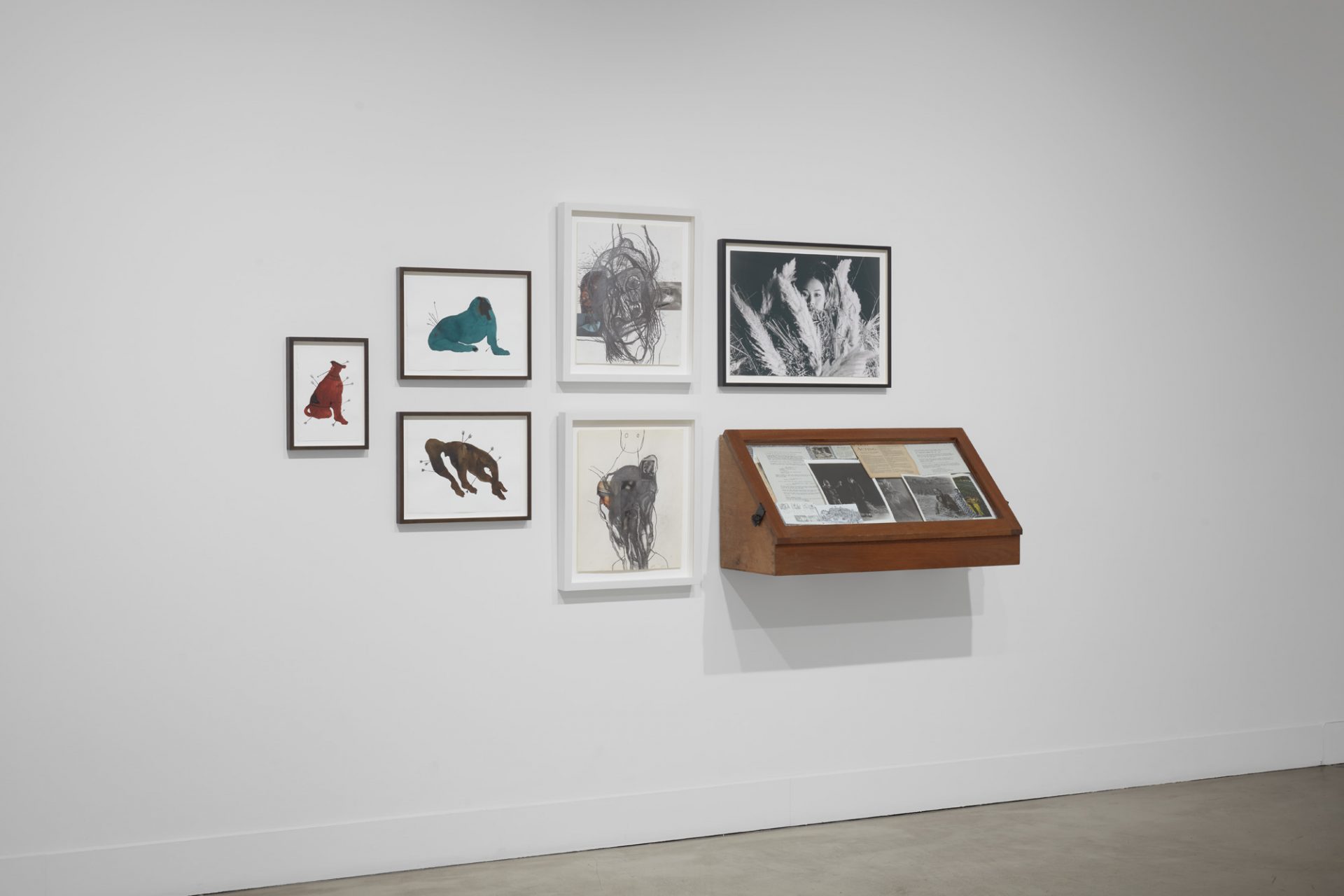 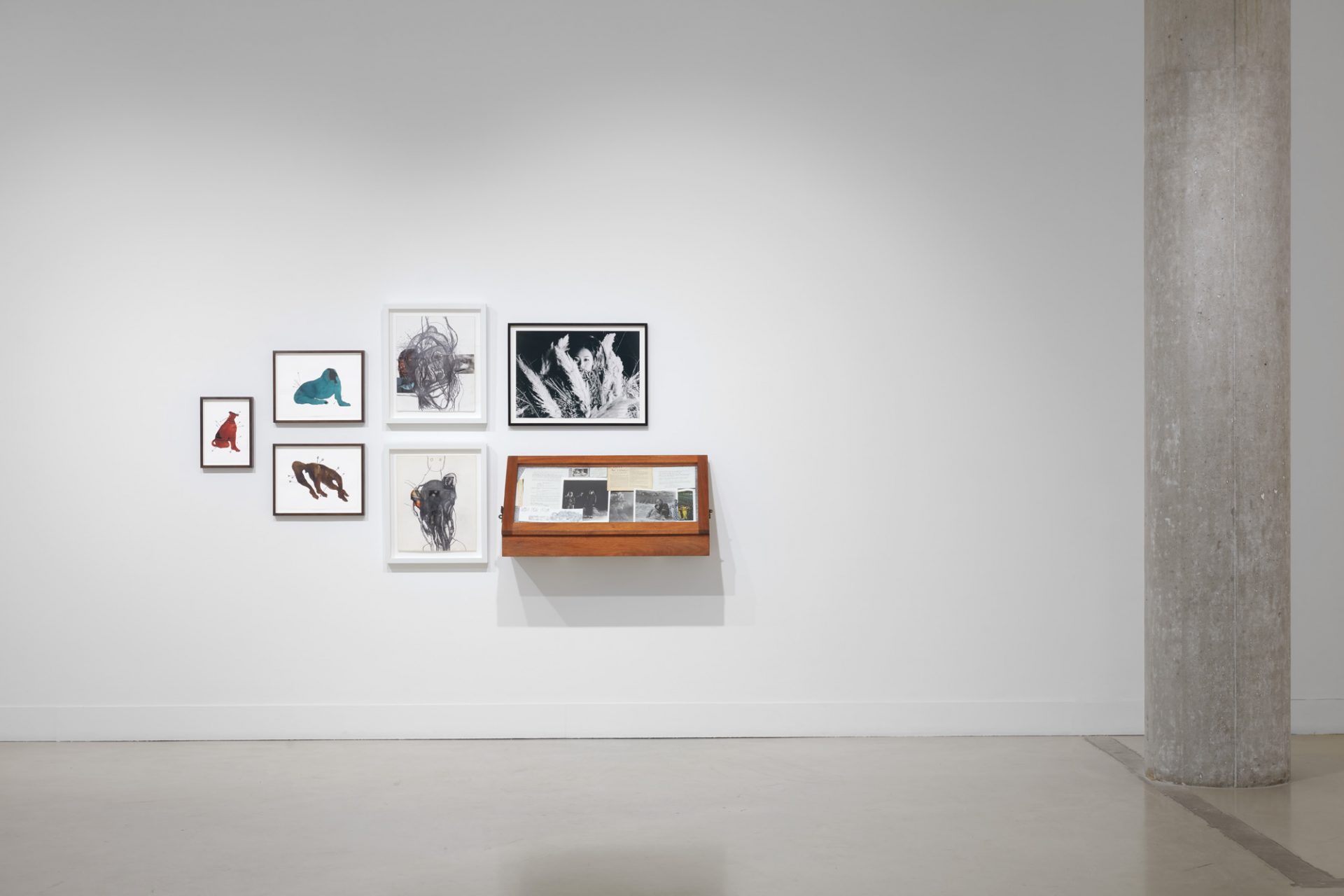 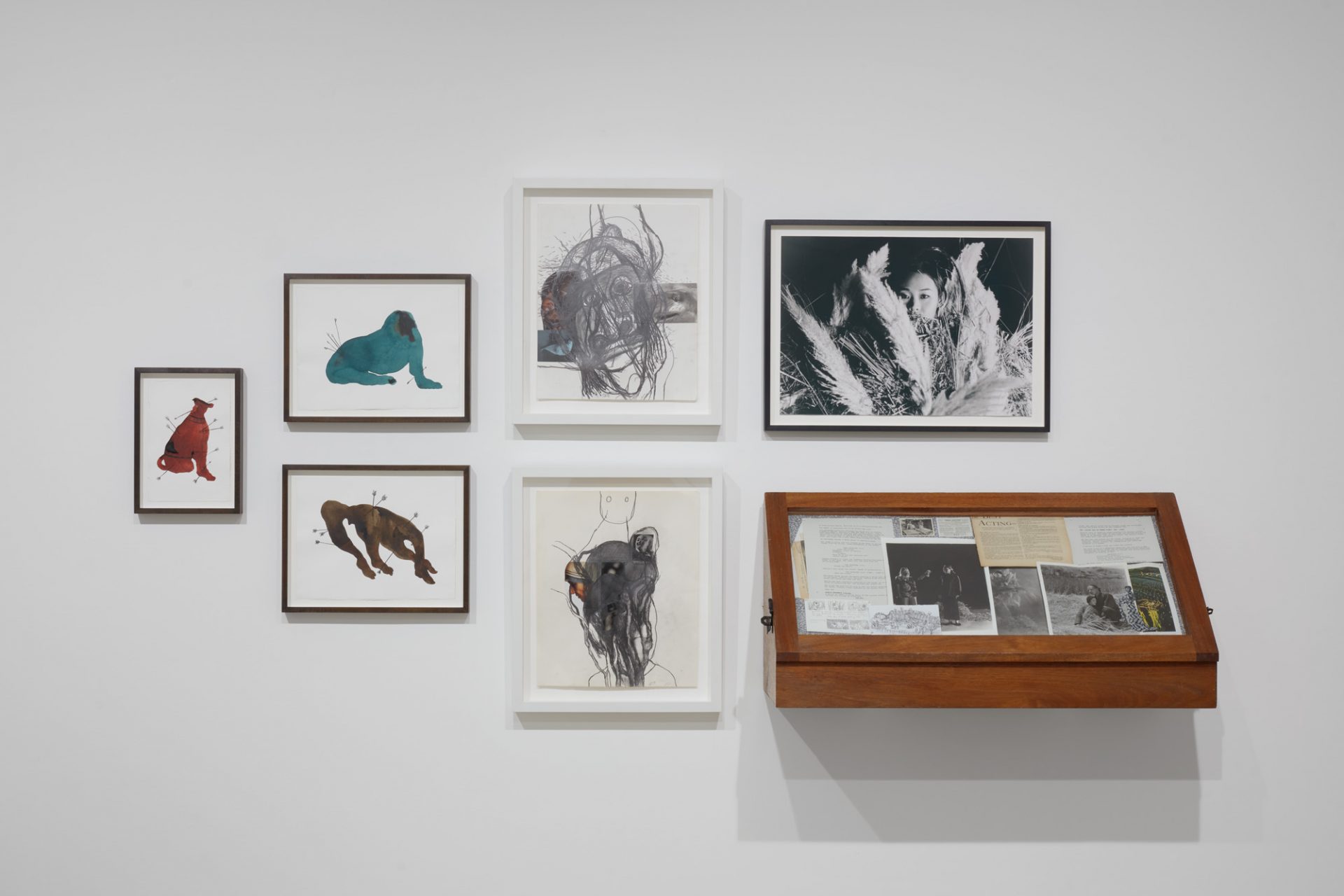 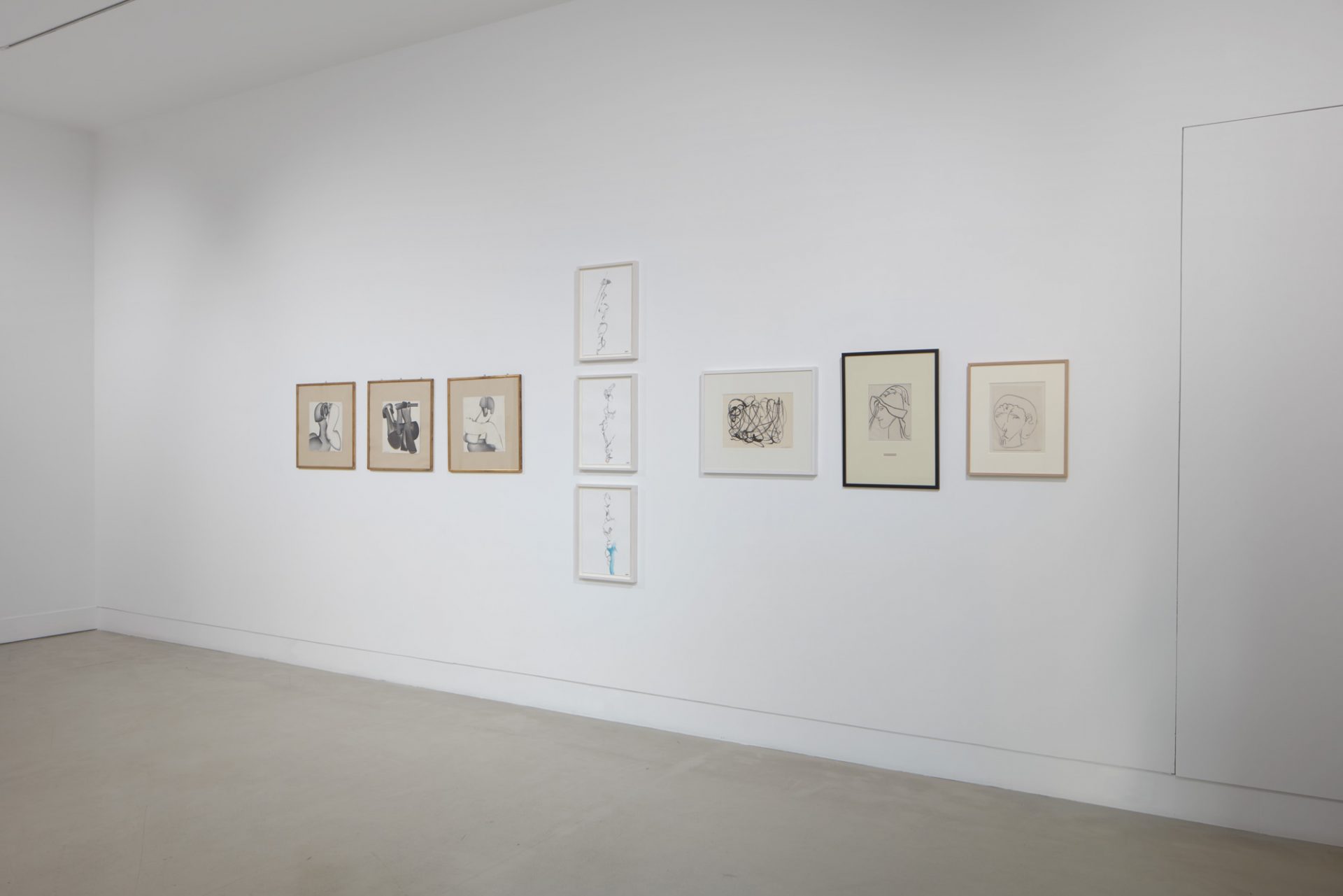 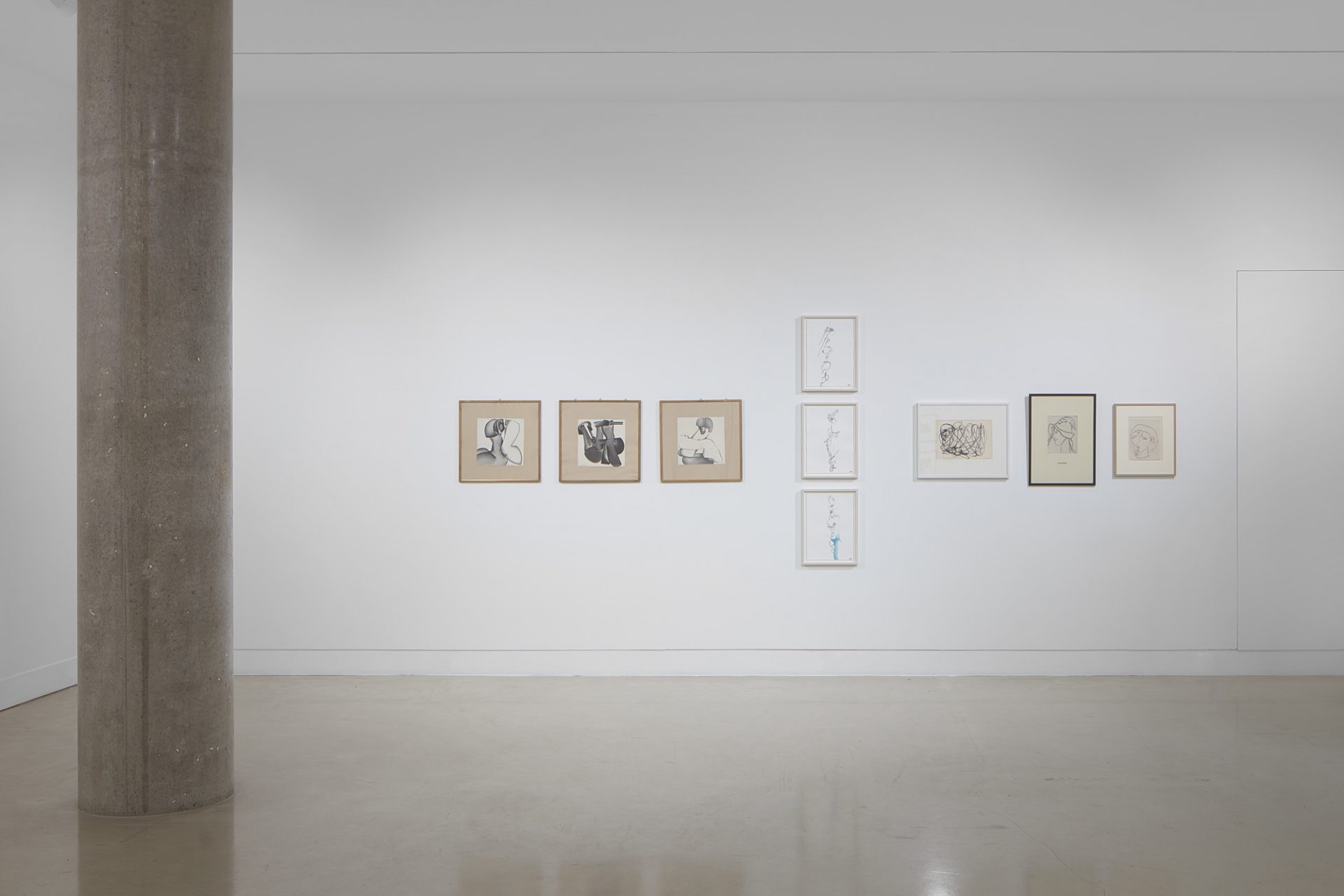 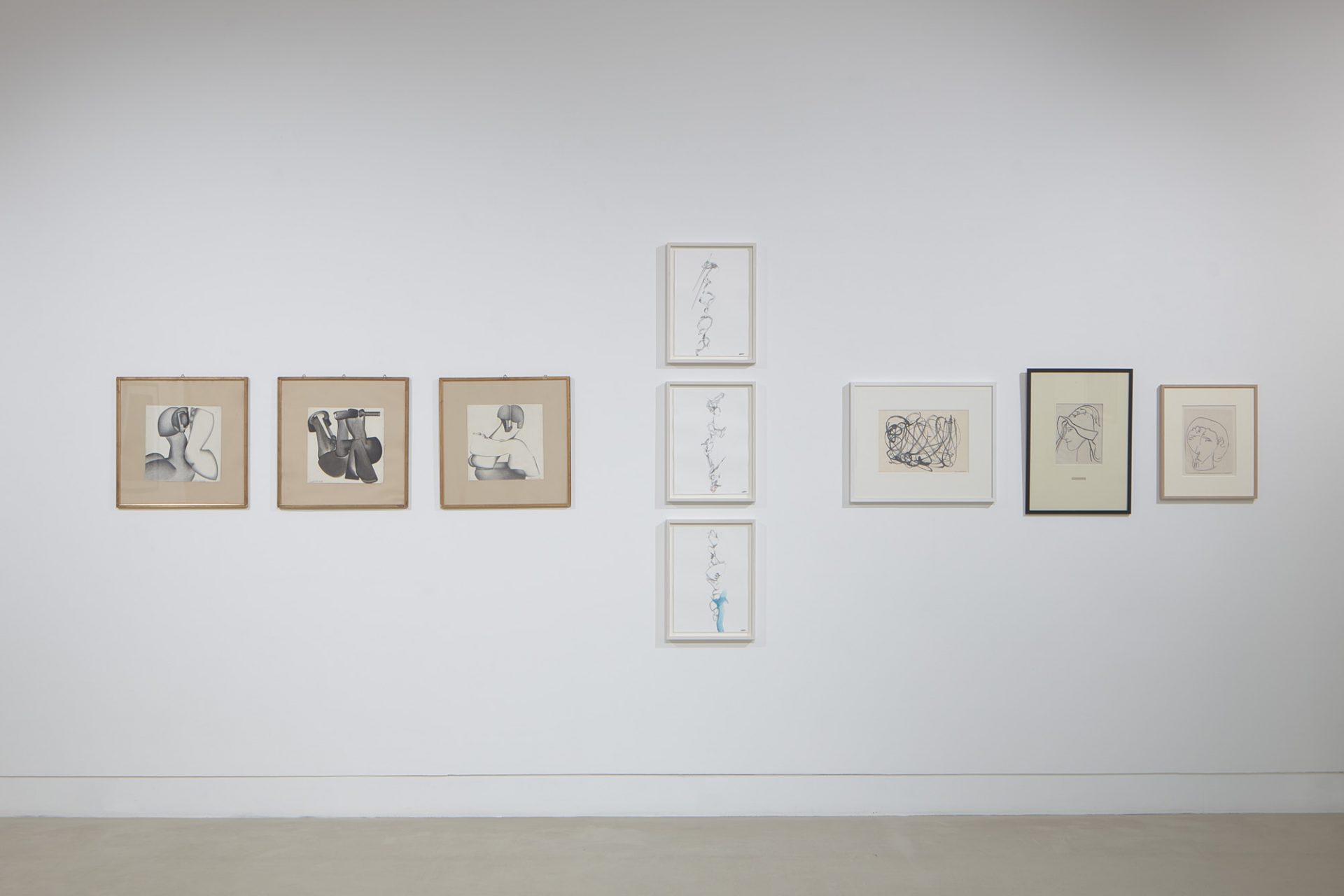 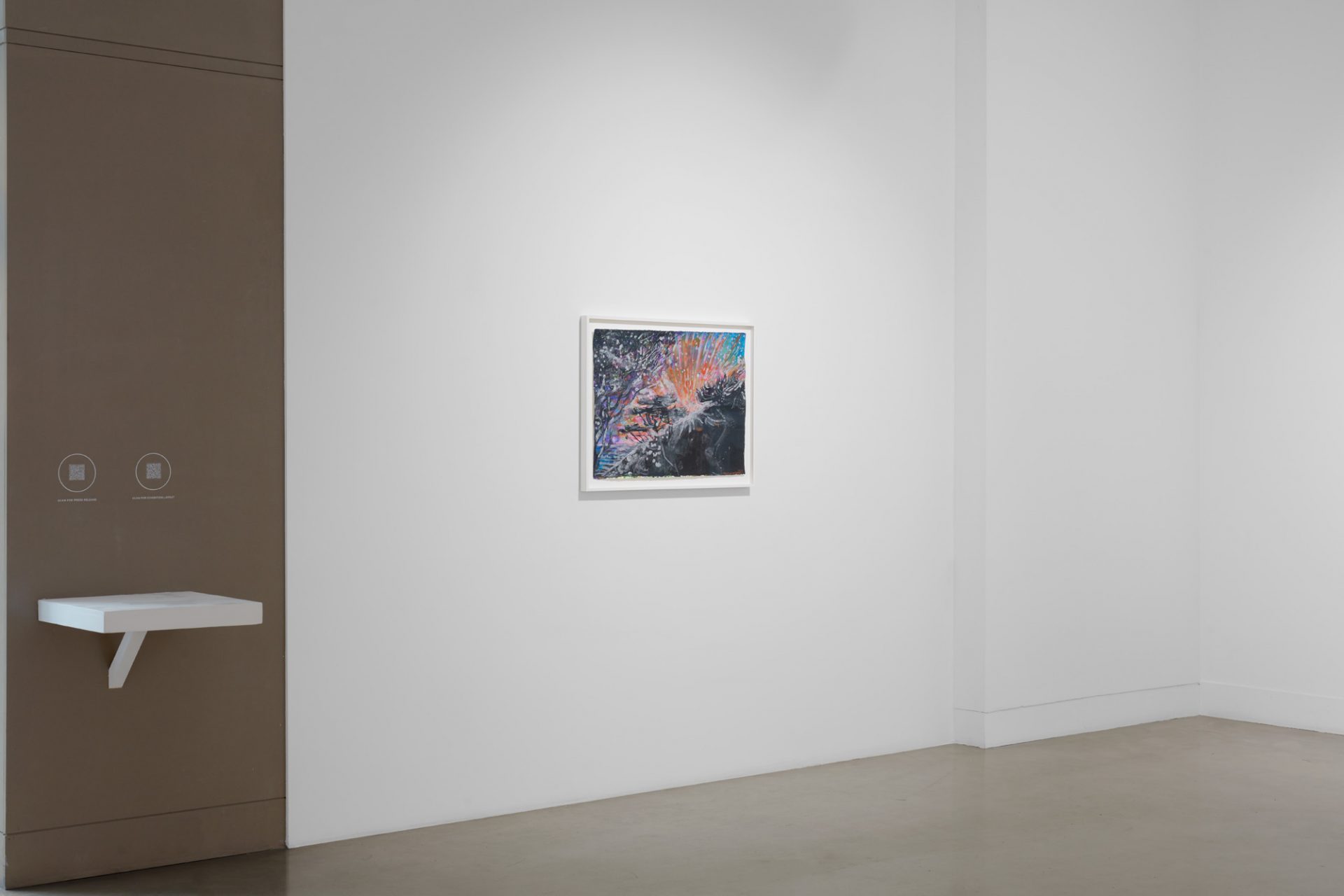 Maximillian William is proud to present Exploratory Drawings, an exhibition featuring drawings and photographs from sculptors and filmmakers. Though these artists are best known for their interventions in space, this exhibition offers a different perspective on their practices by presenting inventive works in the two-dimensional plane. These are not designs or documentation but autonomous works of art which are inextricably linked to the artists’ better-known pieces through the reiteration of themes across mediums.

Donald Locke’s sculptural ceramics draw from his lived experience, from his childhood in what was then the colony of British Guiana to training as an artist in Britain and ultimately leaving to find new opportunities in America. Likewise, his series of Pork Knocker drawings stem from personal and cultural history, telling the stories of prospectors – among them Locke’s father – on the hunt for diamonds and gold on the alluvial plains of Guyana. While it was a way to make a living in a Guyana emerging into independence, this goldrush was not without its dangers – represented in Locke’s foreboding drawings – and indicative of a wider history of colonialism and its legacy. Equally unafraid to take on the inheritance of colonialism, filmmaker Michelle Williams Gamaker presents a vitrine filled with various objects – scripts, drawings, archival and original photography – that relate to her film The Bang Straws (2021), which reimagines the casting process of Sidney Franklin’s The Good Earth (1937), a film notorious for a white actor’s racist portrayal of a Chinese character. Mixing stills from The Good Earth with ephemera from the set of The Bang Straws, Williams Gamaker centres the process of filmmaking, encouraging the audience to question the deliberate choices made by the original filmmakers.

Deconstructing and retelling stories is an approach shared by Huma Bhabha. A sci-fi and horror movie enthusiast, Bhabha often confronts real monstrosity in her work which explores themes of colonialism, war, and displacement. Plucked from Edvard Munch’s The Scream, the figure in Bhabha’s Untitled drawing is captured in the midst of the iconic howl. In her version, the figure is accompanied by a small cat, revealing Bhabha’s central preoccupation with the equivalence and empathy that can be found between humans and non-humans. Empathy is also central to the work of Emii Alrai, an artist who thoughtfully considers the fate of artefacts held in museums to the point of anthropomorphising them. In her drawings, amorphous ink spots evoke animal-shaped vessels which fill museums, their torsos, legs and arms rendered in bodily browns and blood reds, as well as a rich aquamarine akin to the oxidised copper of an ancient artefact. They are punctured with arrows, referencing the romanticisation of wounds by the Pre-Raphaelites as well as calling to mind ancient gravesites and the inherent violence of conservation within the context of colonial collections.

TARWUK’s sculptures interrogate trauma, violence, and loss. While their graphite, coloured pencil and watercolour drawings may seem formally more delicate, they are in fact just as visceral. A duo, TARWUK have found methods for collaborative drawing, either working on the same pieces simultaneously or passing them back and forth. Art history echoes across the page:  the abstractions of Hilma af Klint are occupied by a lone silhouette and a caressing group of folded subjects speak to Gustav Klimt’s intertwined figures.

The shapes of Lydia Silvestri’s sculptures reconstruct the body and expand the limitations of identity. Working in a range of materials, she had a particular mastery over gres, its flexibility allowing Silvestri to fashion sensuous organic forms which appear flecked with light, giving the illusion of more precious materials such as marble. These Piccolo Incontri drawings are a study of light and dark in relation to her figures. Their ambiguous bodily forms are the basis for studies of depth, opacity, and relationality.

Rosanne Robertson’s drawings were made en plein air in the Cornish countryside. Working outside is fundamental to Robertson’s multidisciplinary practice, capturing the feelings of belonging and freedom the artist finds in nature through performance, sculpture, and drawing. The muted colours and undulating abstract forms of these drawings represent fleeting moments – the movement of wind, water and earth, and the artist’s relation to these elements. Similarly, Thomas Houseago seeks to capture the sublimity of nature on paper. Taking up the mantle of the European landscape tradition, Houseago’s recent works on paper are suffused by an almost divine light: land and sea are bathed in a dazzling array of colours as the sun sets. Houseago’s drawings are deeply personal and sincere, stemming from a period of healing; the subtle vulnerability of his monumental humanoid sculptures is writ large on paper.

The sculpture of Barbara Hepworth has become ubiquitous across our public spaces, inspiring multiple generations of sculptors – including many in this presentation. Hepworth’s Labyrinth (Project for Metal Sculpture), 1957, was made over a period of two years when the artist was creating notably looser drawings. Perhaps inspired by Tachisme, Zen Buddhism or calligraphy (some popular influences of the St Ives’ set at the time), the drawings culminated in the creation of Hepworth’s first bronze commission Meridian, 1958 – 60. The curved open form of this sculpture echoes the looser forms of her drawings.

An influence on Hepworth, Henri Gaudier-Brzeska was an artist whose prolific talent resulted in a vast and beautiful oeuvre of drawings and sculptures, despite his tragically early death. The subjects of his sculptures include dancers and animals ranging from naturalistic to extremely stylised in their depiction. Likewise, Gaudier-Brzeska’s drawings give the impression of a young artist experimenting with styles ferociously, working through reams of paper to define his voice. At the beginning of his career and with little money, drawing would have been more accessible to Gaudier-Brzeska than sculpture. For this reason, the drawings provide an intimate insight into where his work might have advanced to. 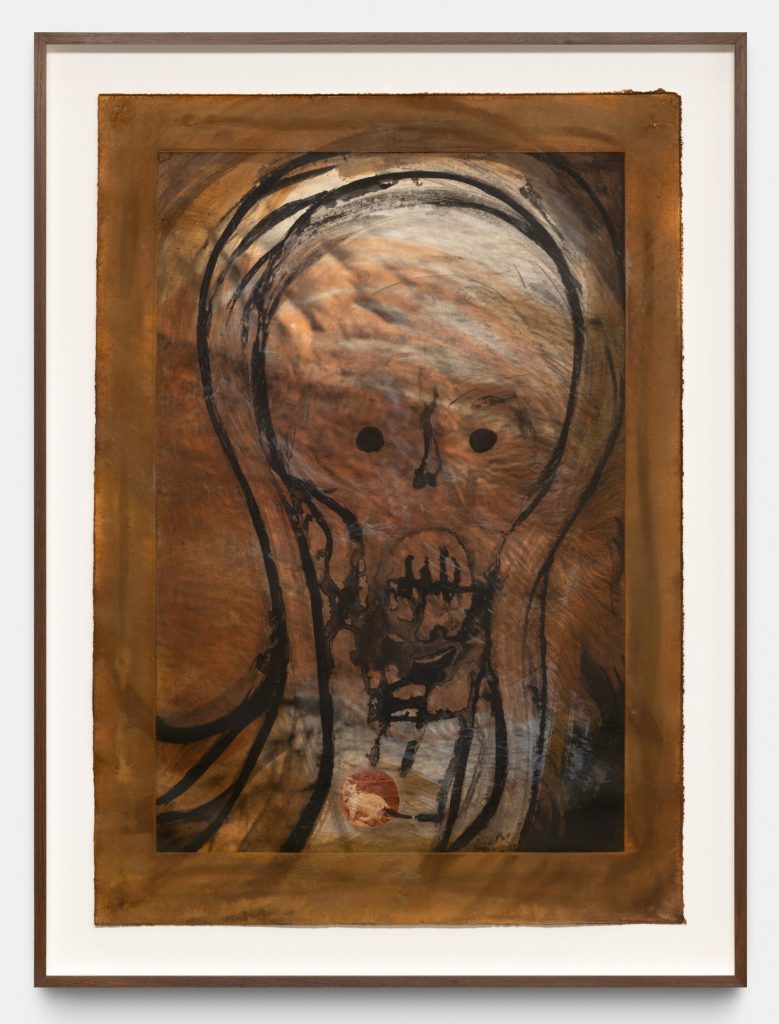 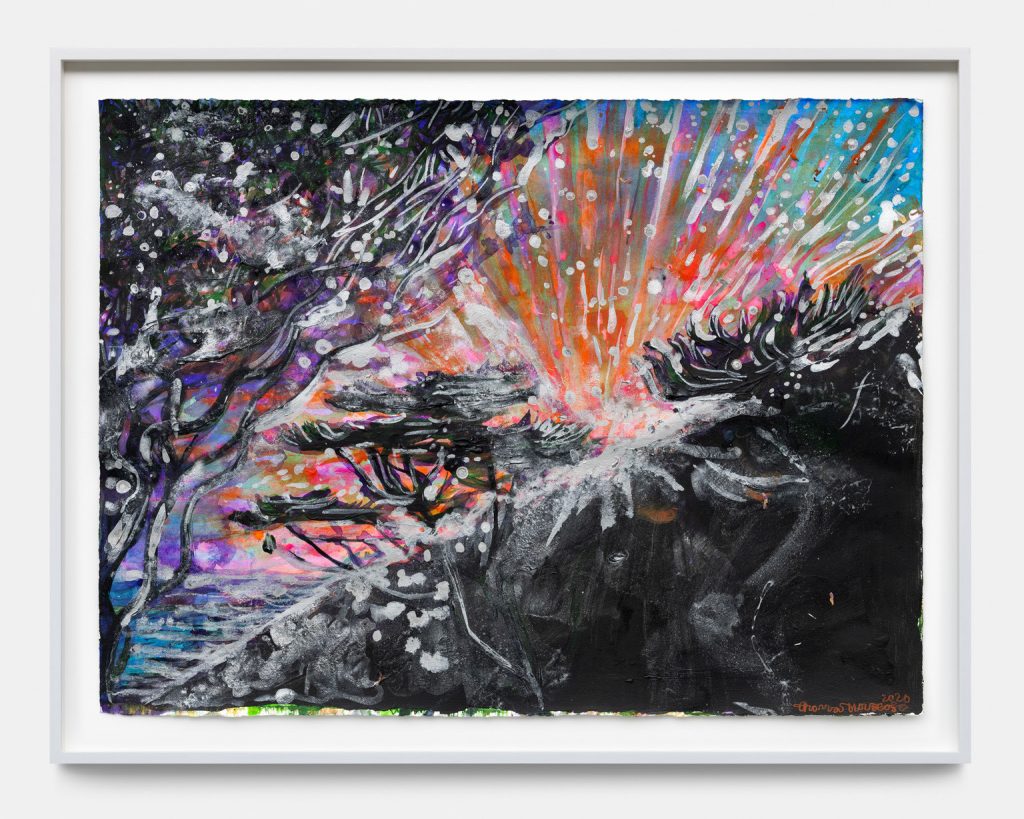 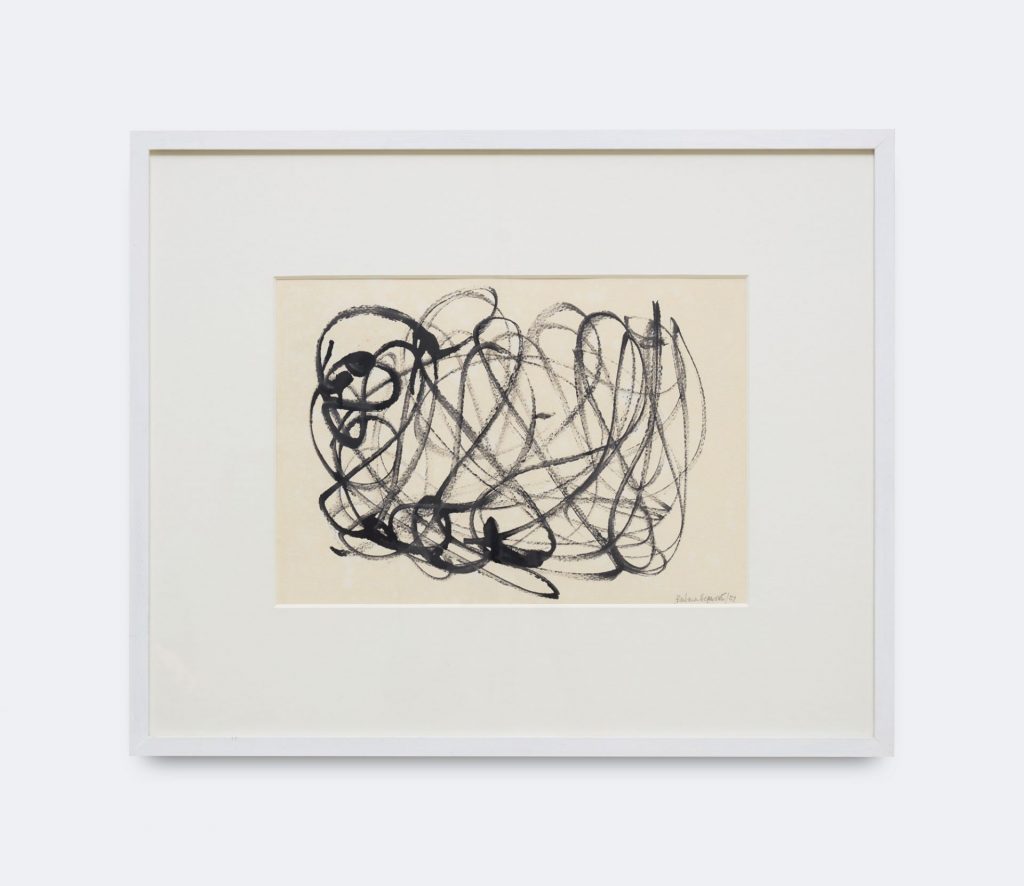 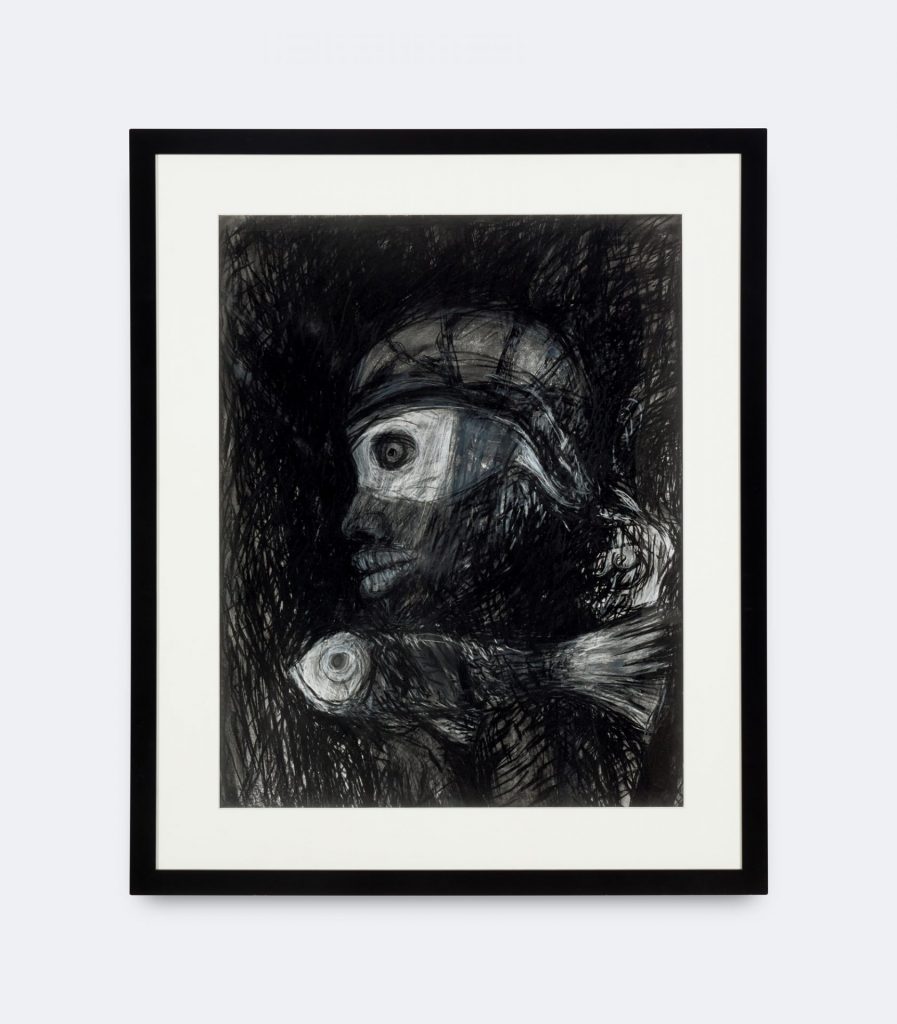 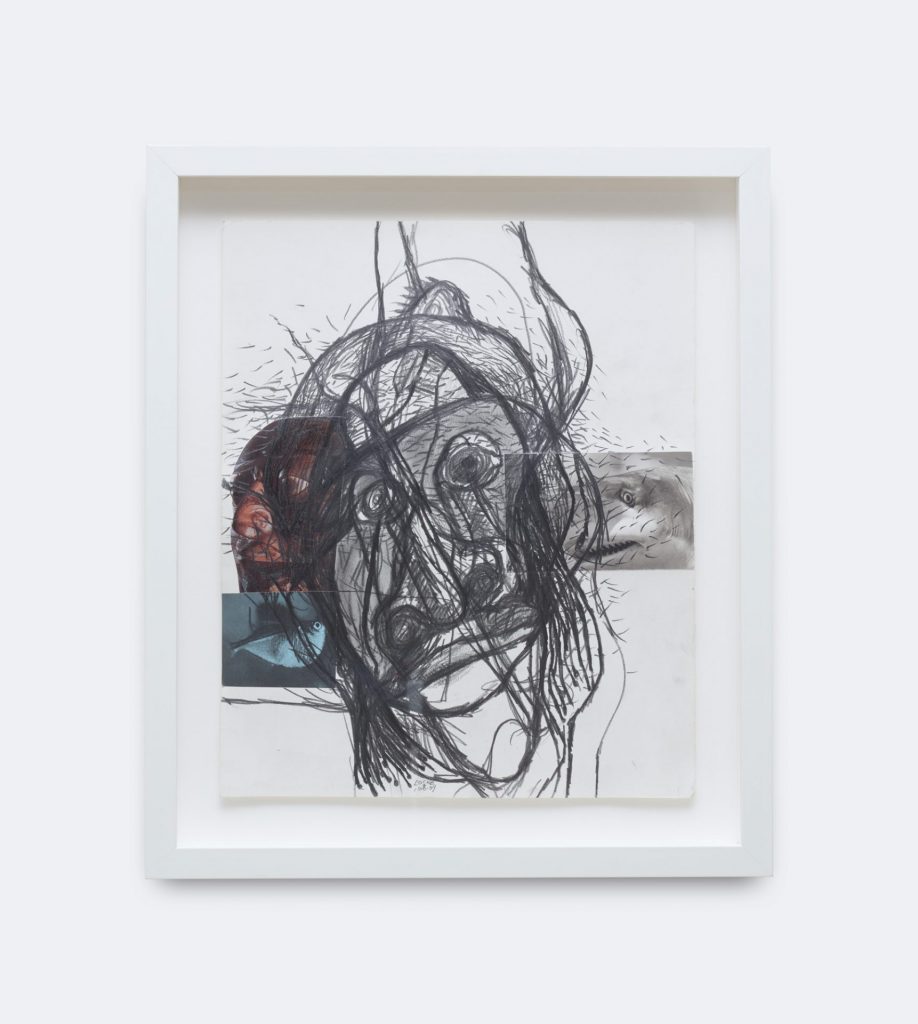 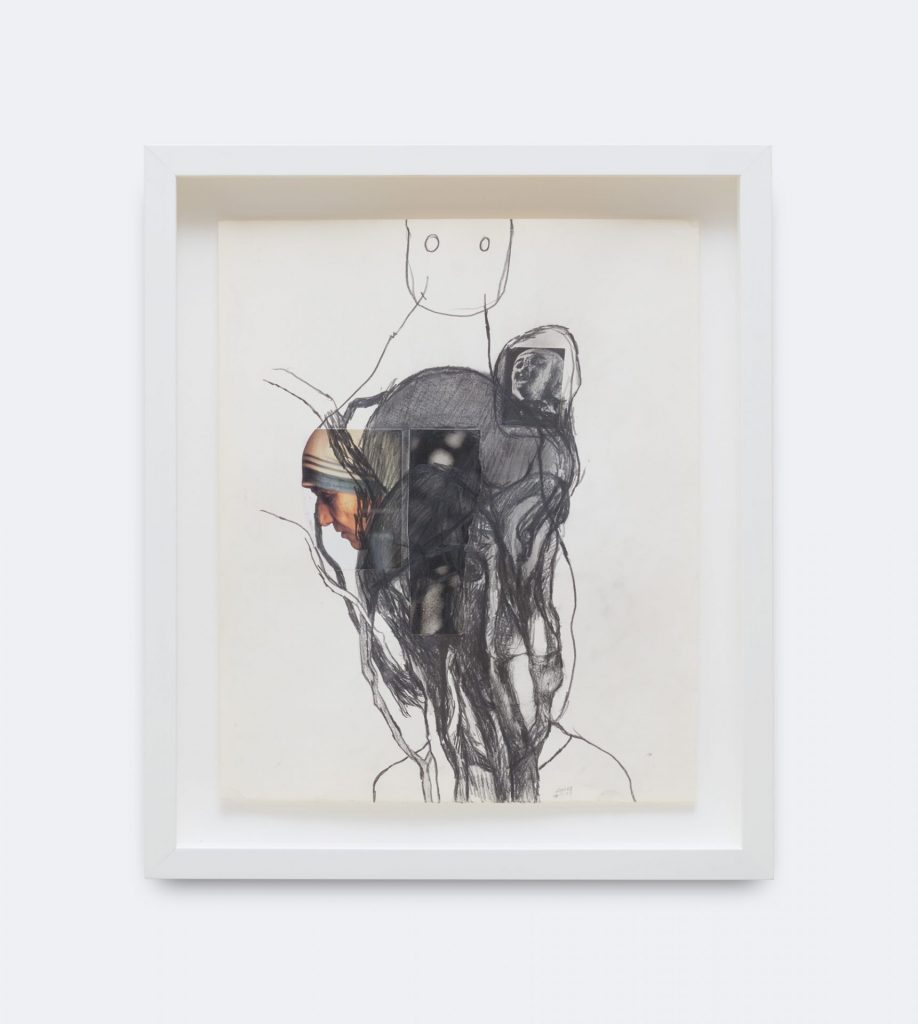