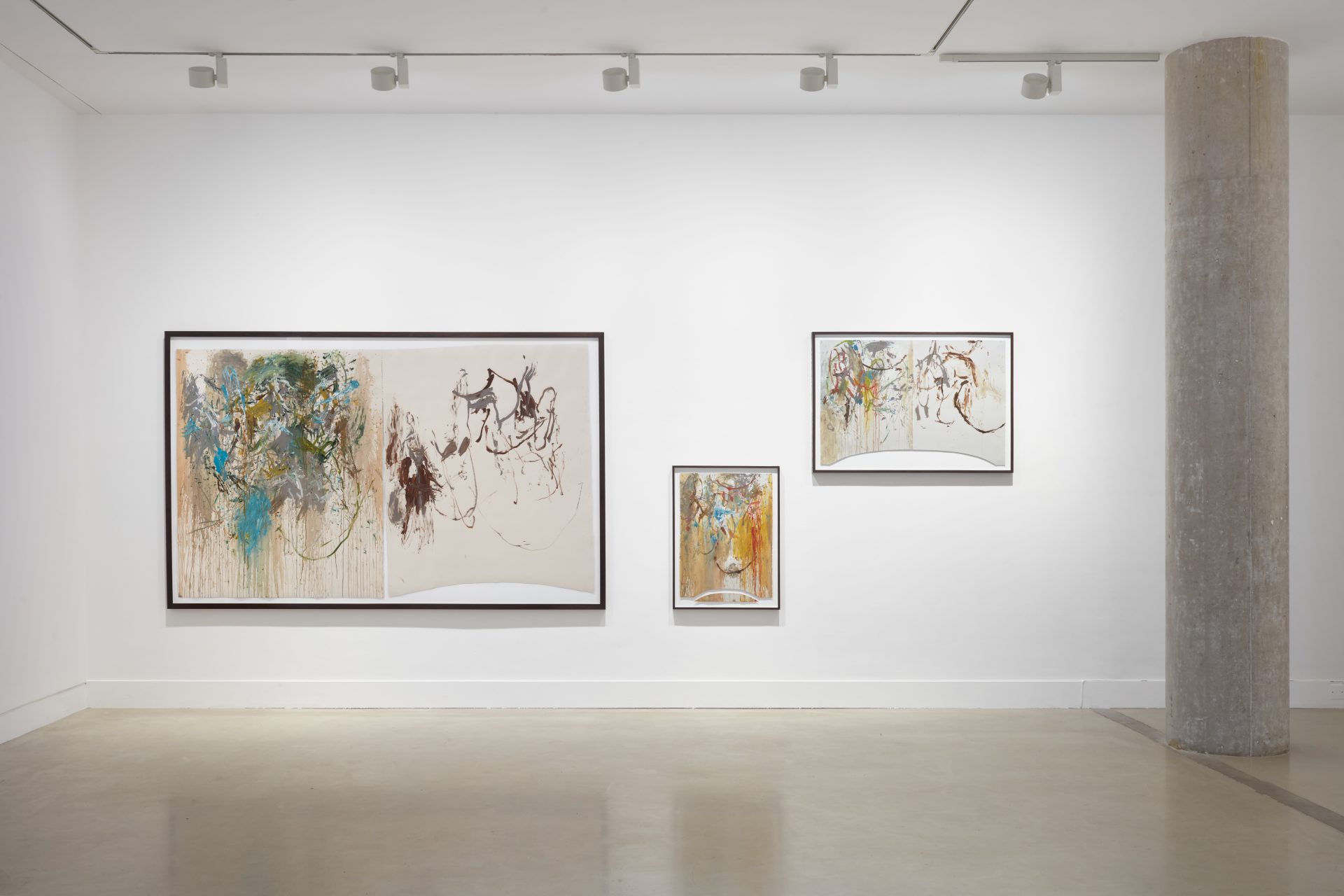 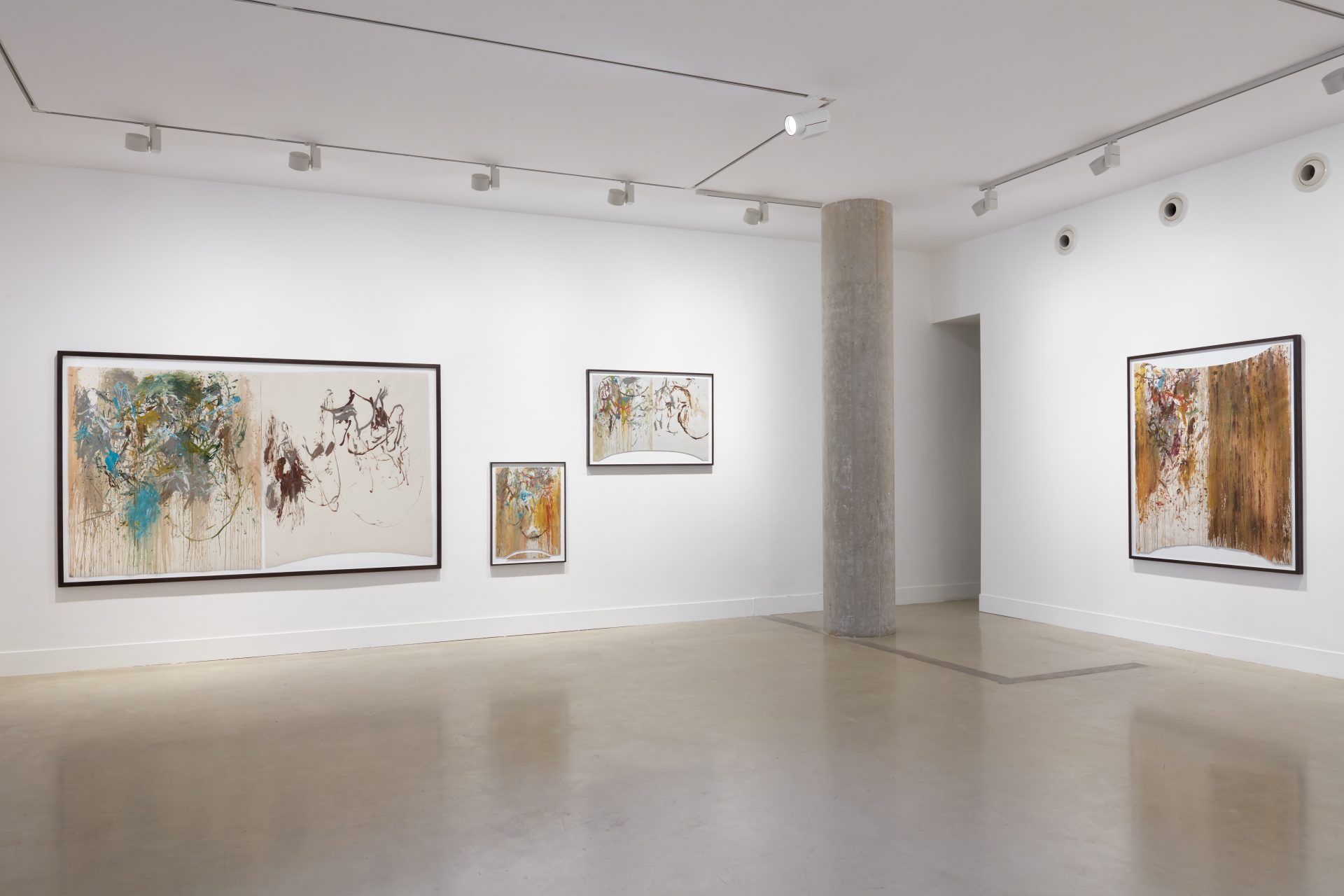 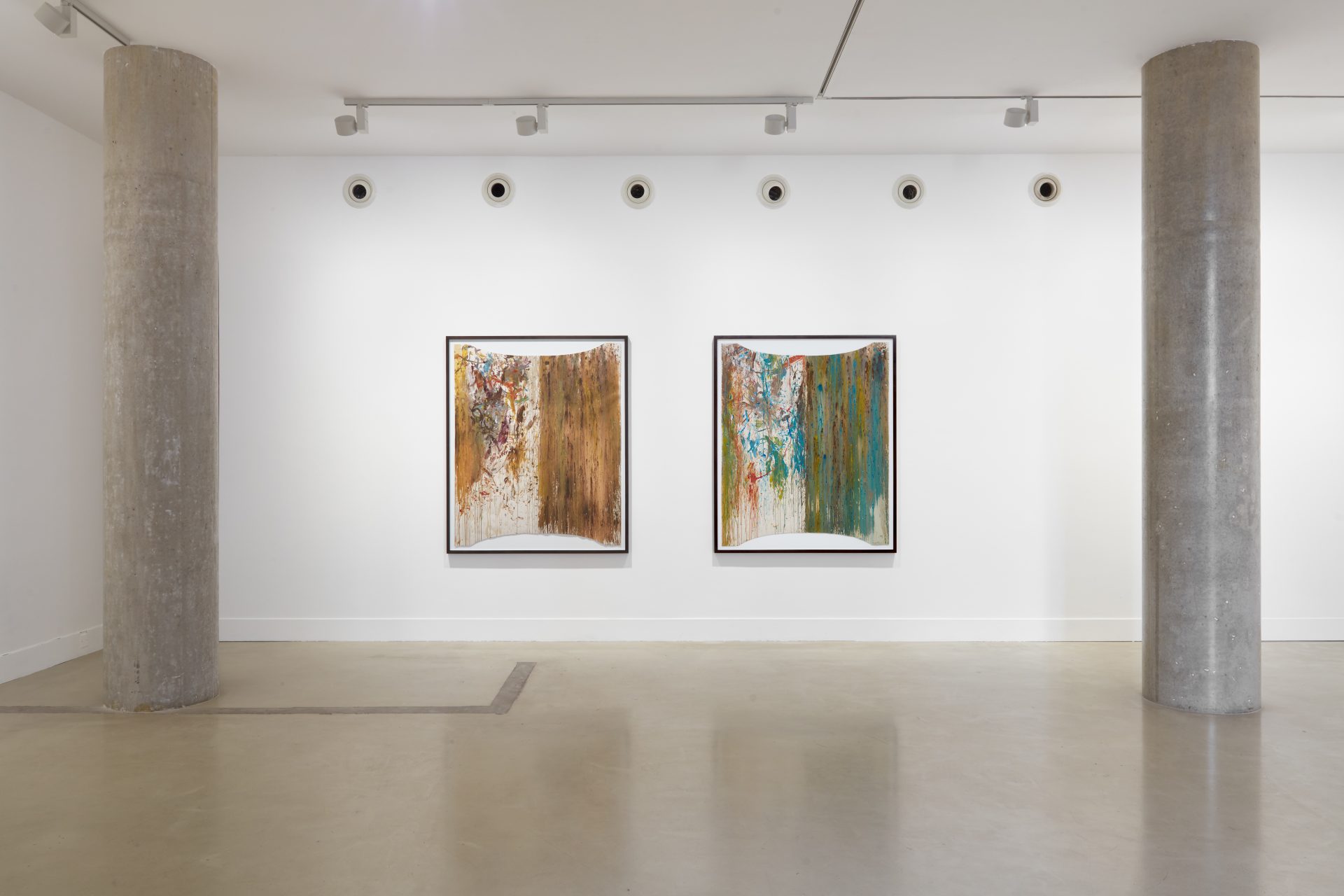 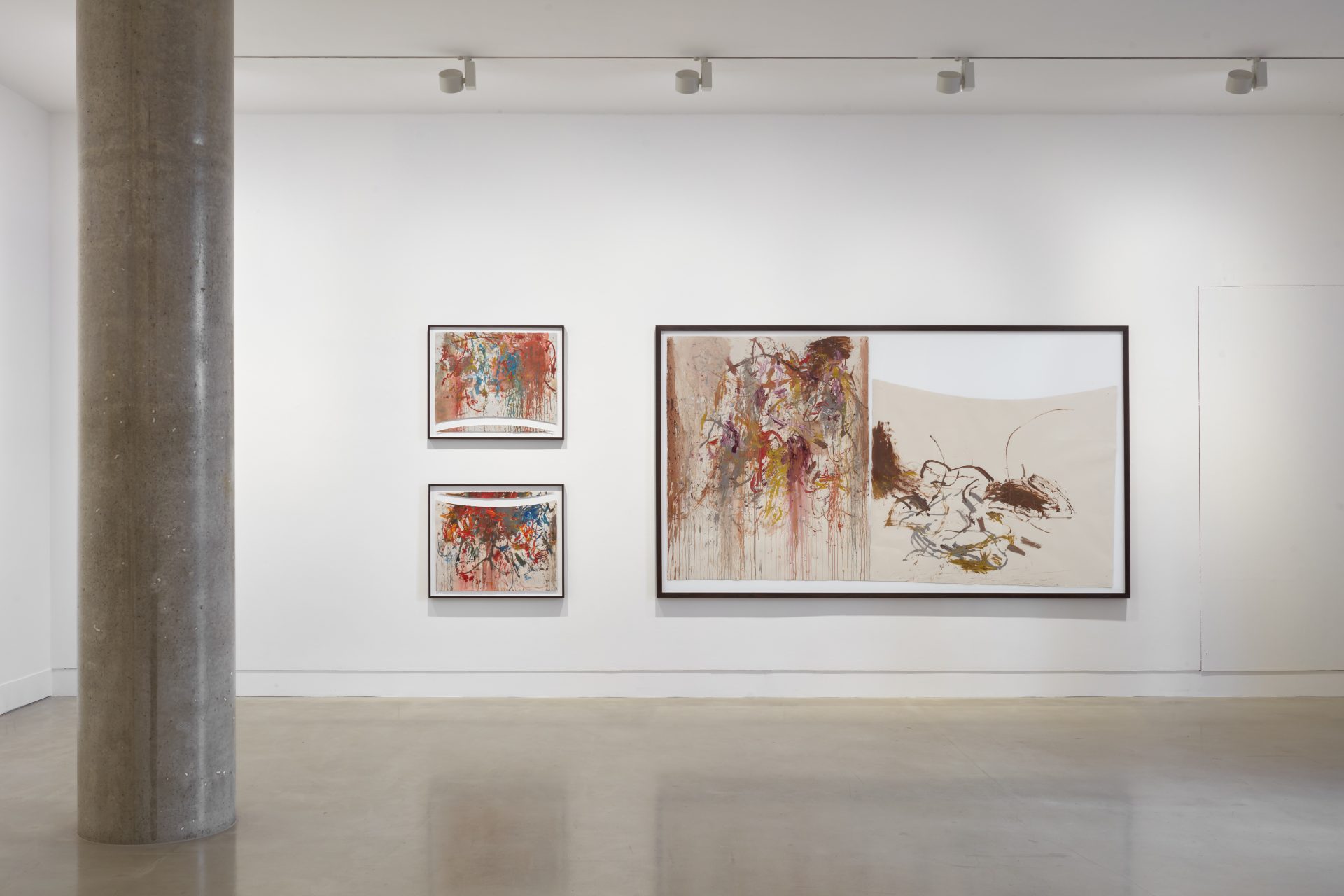 We are pleased to present CUTS, a new suite of works on paper by Reginald Sylvester II. In these recent works, the expectation of a linear, rectangular base for painting is disrupted by curved cuts which split the works into two or three pieces or remove sections entirely. Positive and negative space is examined both in the application of paint on the picture plane and beyond, with the frame becoming a key component of the work which struggles to maintain a linear structure.

A disintegration of traditional art materials first appeared in Sylvester’s large-scale works when the artist began placing canvas string that had fallen from the edges of the material back onto the surface of his paintings. Since then, the artist has used the polymeric quality of rubber to further explore the potential of cutting into his base material. In the Offering series, smooth curves are cut into stretched rubber, revealing the armature of the canvas stretchers and transforming the works from opaque, unrefined paintings to sculptural painterly objects.

The suite of works on paper that make up CUTS continues to thwart our expectations by pushing the limits of scale, with some works on paper maintaining the same dimensions as Sylvester’s large-scale canvases. The expectation that a diptych must be symmetrical is challenged with sheets placed at an angle from one other drawing attention to the margin between frame and artwork, a seemingly neutral space that becomes enlivened. The tension between the works and the frame makes them feel active, as alive as the energy captured in Sylvester’s signature mark-making. 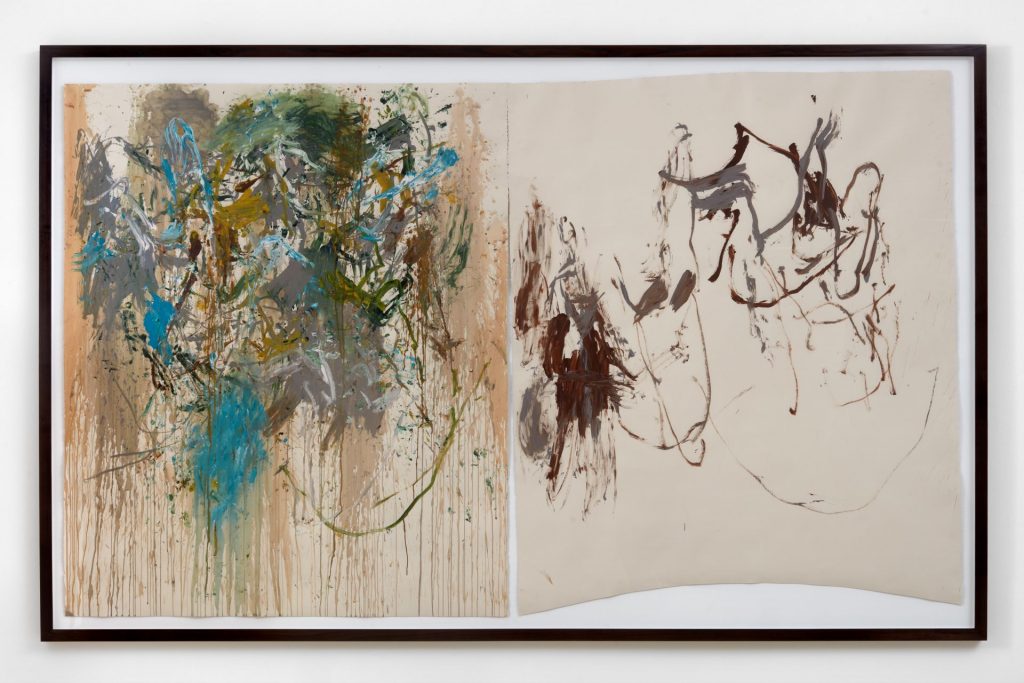 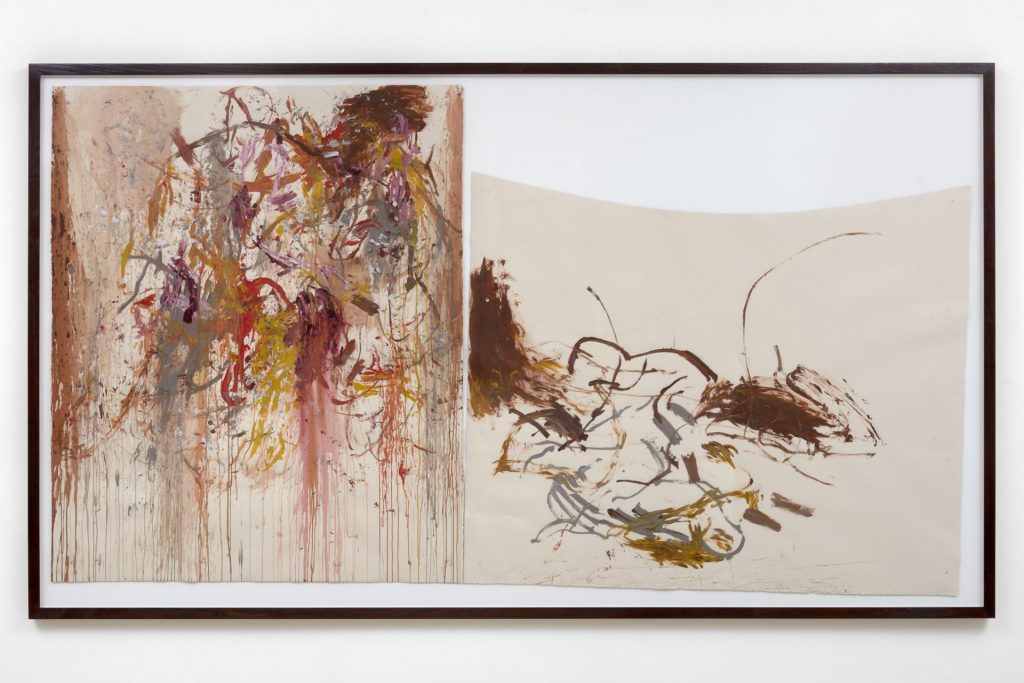 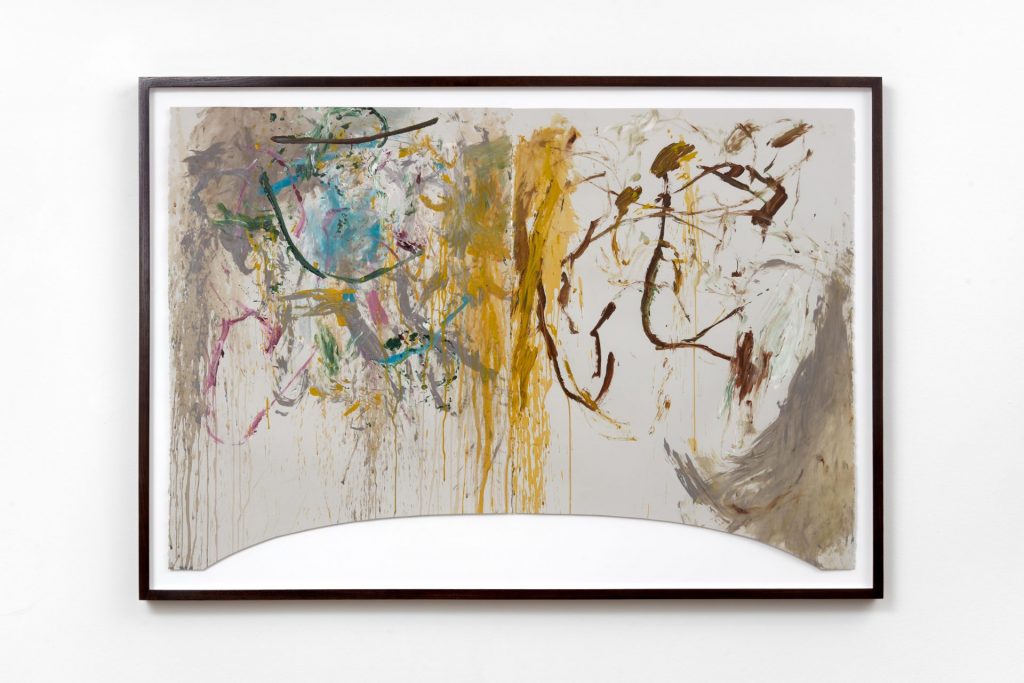 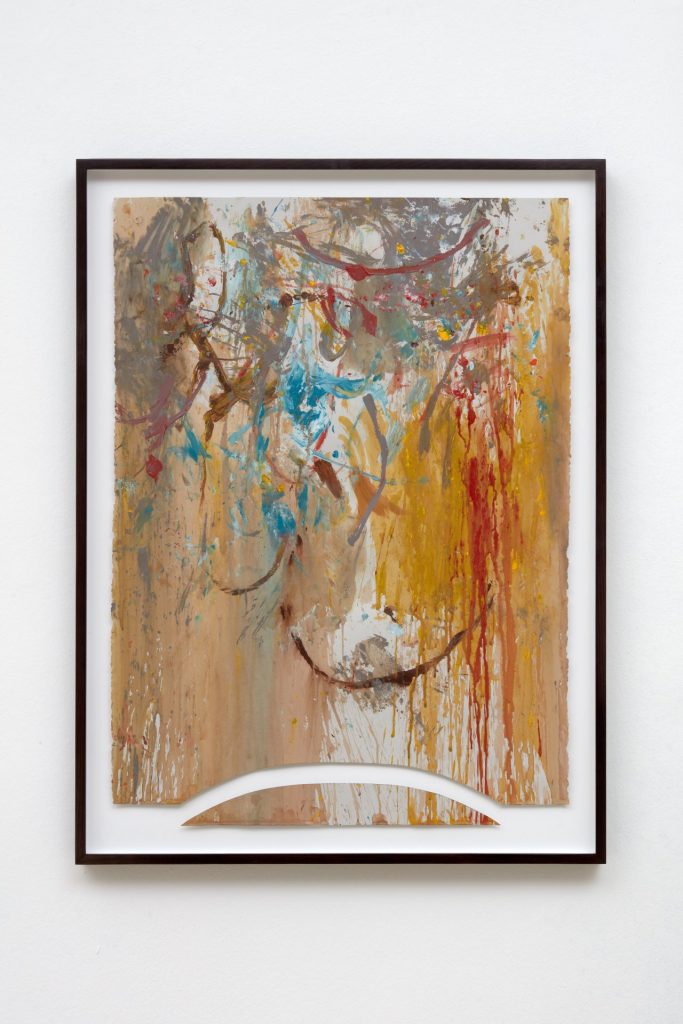 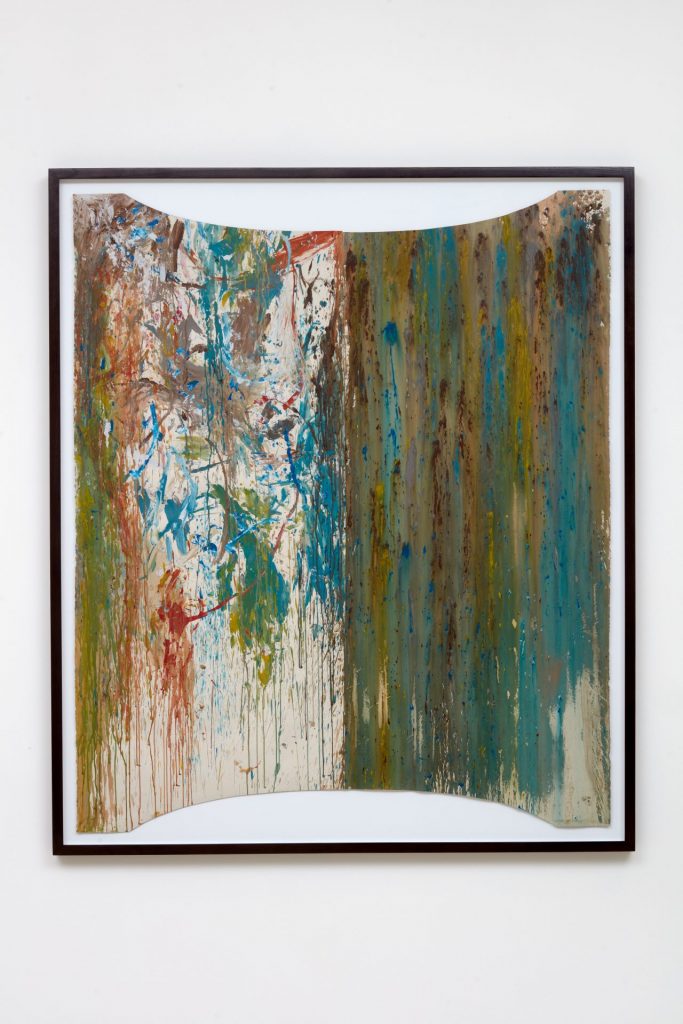 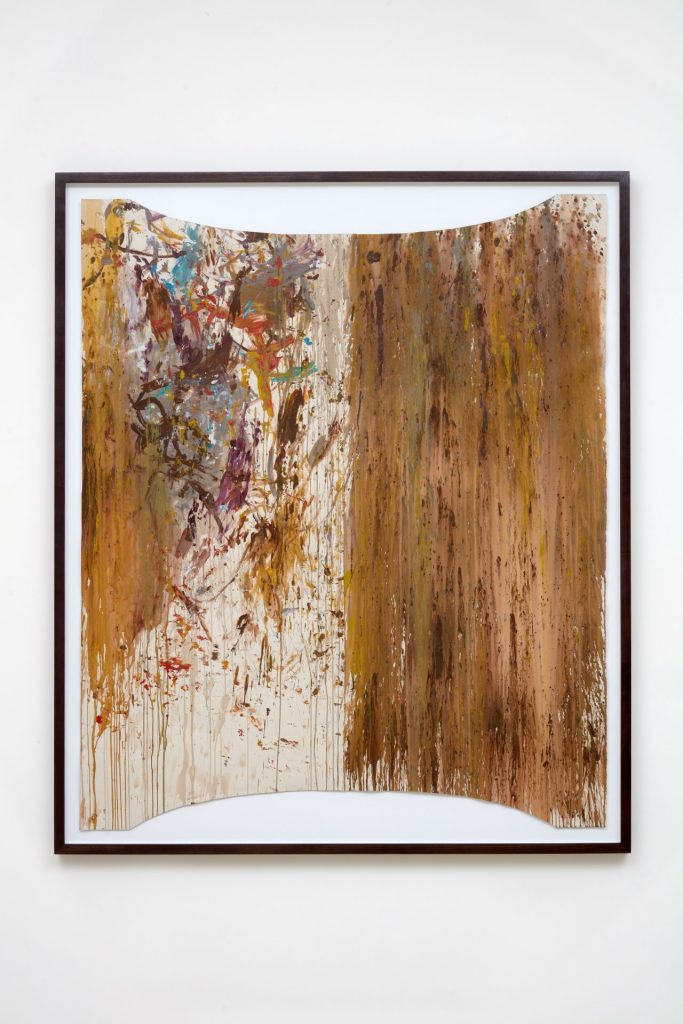